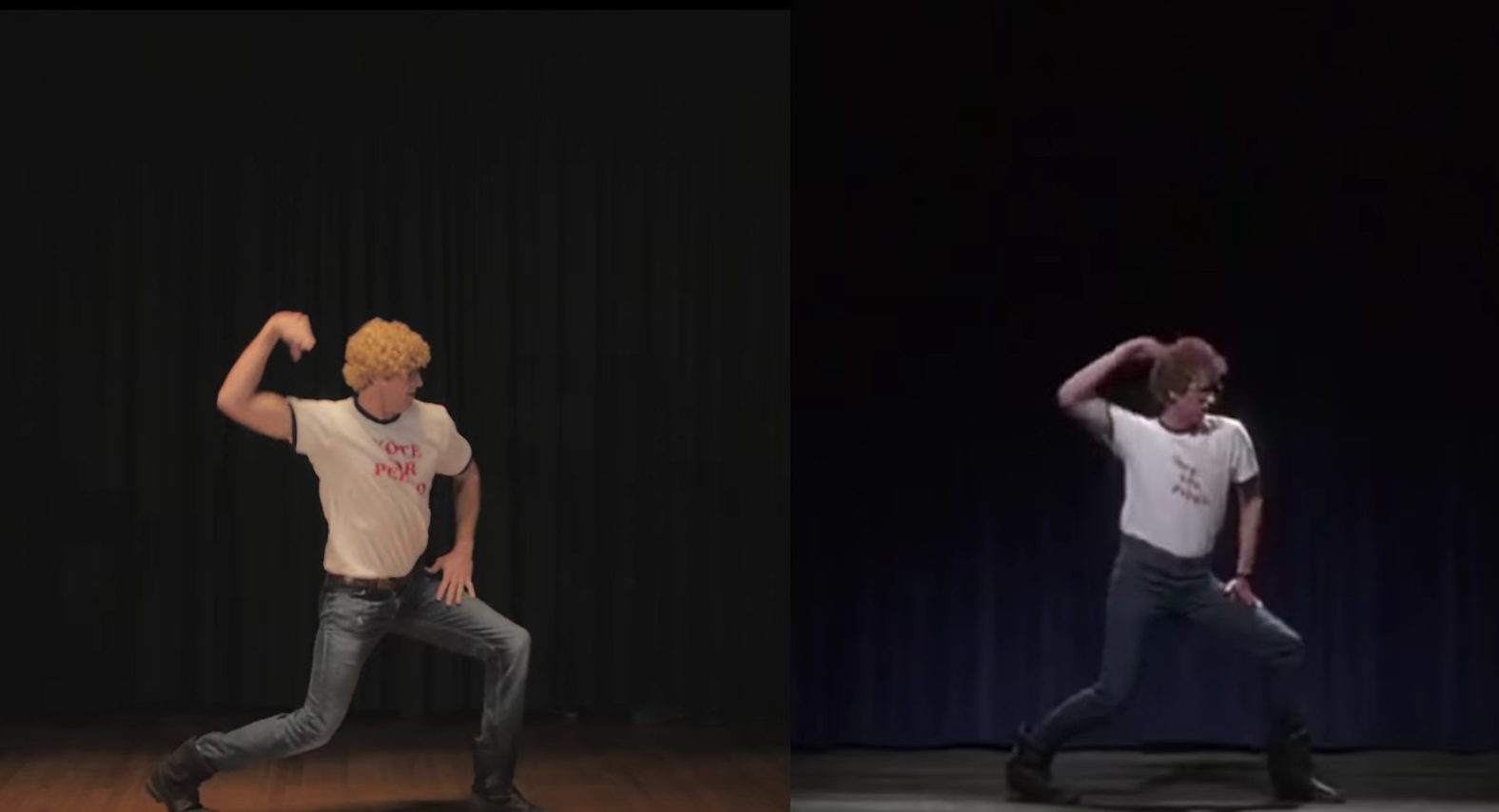 Kim and I were newlyweds. We were living in an absolutely minuscule apartment in New York City. Kim had to fly to Houston the next day because someone found a finger in a hot dog, and when you are the new reporter at Inside Edition, that story is yours, all day every day. I couldn’t go to sleep so I put in Napoleon Dynamite, a DVD I had rented at Blockbuster (that’s how long ago this was). Kim was dozing next to me. I kept waking her up, not with loud boisterous laughs – she is used to those – but with this slow building geeky cackles. They were noises my body had never made, because this was a different type of humor. Extremely dry, immature but clean, uncomfortable but totally relatable.

Most importantly, I felt a little like I was watching a mirror.

I had braces til my senior year. I was a late bloomer, so being a jock was out of the question (I did grow 6 inches in a year, but it was a little late). I was a MATHLETE. My trophies were fairly massive. I had crushes on girls that were way out of my league. My best sport was tetherball. I had a love for music so I joined the Jazz Band and the Show Choir. Glee hadn’t been invented yet, so it wasn’t cool yet. I was bullied a little bit. Not as badly as others, but enough that it really sucked.

Performing on stage was the one place where I felt like I belonged. I was terrified and exhilarated and bulletproof all at the same time. I remember looking down at members of the football team and them making the EXACT face that Napoleon’s bully made.I also remember the cheering. It was the reason that despite everything written above, I remember high school as one of the best times in my life. The friends I made in Performing Arts are friends I will always have and always remember. When we got to the end of the movie and Napoleon’s infamous dance scene, where most people laughed and smiled, Kim woke up one more time because I was actually CRYING. I explained to her that she absolutely HAD to watch this movie.

She did, and she loved it too. We quote Napoleon, Rico, Kip, Deb and Pedro almost every day. But we had never mastered the ultimate scene. We gave it a go this week and felt like we were both back in high school, giving it all we have on that stage.

What do you think? Oh, and stay for the end to see Kim as an over-bearing choreographer.