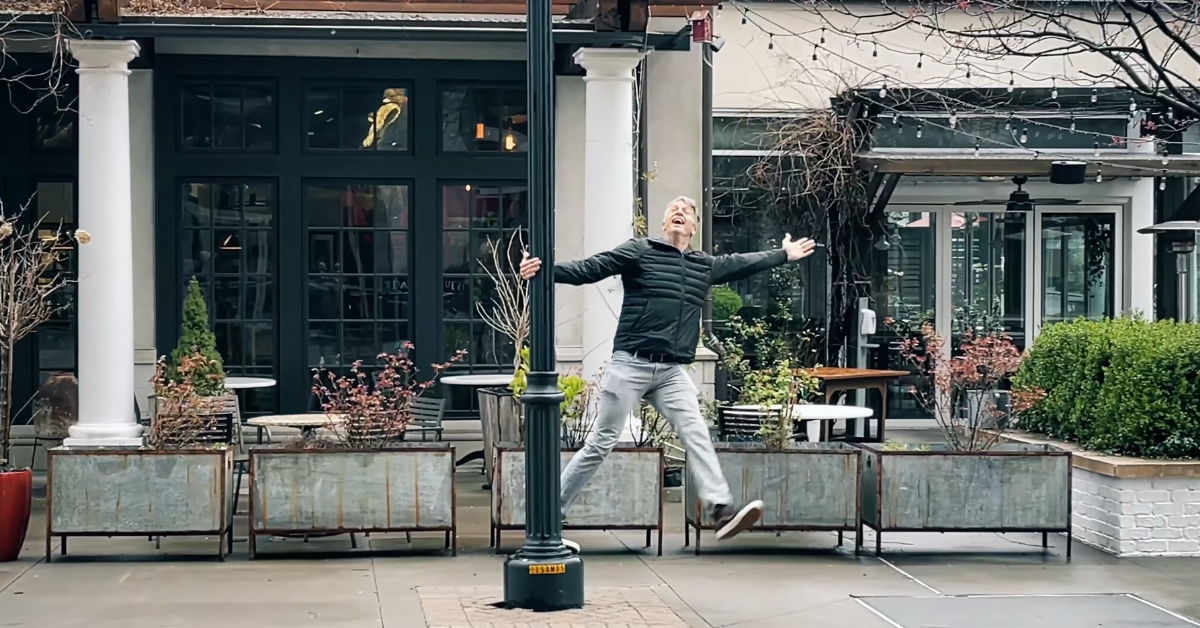 Not all movie musicals are created equal. Some make us want to dance in the street, while others give us nightmares about anthropomorphic CGI cats with the faces of late-night TV hosts. But if there’s one thing these films all have in common, it’s their ability to transport us somewhere else. A fantastical place where a normal conversation can seamlessly transition into song and a flash mob of synchronized choreography can materialize in minutes.

For those days you need a little escape, here are my 10 favorite movie musicals to get lost in and sing along to:

Not only is this my favorite movie musical, it’s my favorite movie. I owned this on VHS as a kid and watched it at least a thousand times. Yes, Gene Kelly was born decades before me but he was my celebrity crush as a teenager. Is it any wonder I married a guy who loves singing and dancing? In this film, Gene Kelly and Debbie Reynolds are caught in the transition from silent films to “talkies”.

Best Song: Are you really going to make me pick one? “Singin’ in the Rain” and “Good Morning”

Before Broadway, Hairspray was a nonmusical comedy by John Waters that debuted in 1988. The aughts version saw newcomer Nikki Blonsky in the starring role of Tracy Turnblad, who dreams of being a dancer on TV, alongside John Travolta in drag as her mother and Zac Efron (actually singing this time) as Link Larkin, her love interest. Set in 1960s Baltimore, the story tackles issues of racial inequality and self love.

A story of friendship and love amidst the AIDS crisis of the late 1980s in New York City, perhaps the best thing about this reimagining of the Broadway phenomenon was how many of the show’s original cast members reprised their roles. Serious Rentheads get to see Anthony Rapp and Adam Pascal back in action as best friends and roommates Mark and Roger as well as Idina Menzel singing her heart out as Maureen. Bring tissues.

One word: Meryl. As soon as it was announced Ms. Streep would take on the role of the Witch in Disney’s version of the Stephen Sondheim classic, we all knew we were in for a treat. The cast of this wonderful fairy tale mish mash also includes Anna Kendrick as Cinderella and Johnny Depp as The Big Bad Wolf. Just try to keep up with Sondheim’s notoriously tricky lyrics.

Best Song: “No One Is Alone”

Oh to be a fly on the wall when the idea of turning ABBA songs into a musical was pitched. But somehow, this story set on a Greek isle about a girl with three potential fathers has become a smash on both the stage and screen. The first installment starring Meryl Streep and Amanda Seyfried as mother and daughter was pretty hard to top (even with Pierce Brosnan’s singing) but once you finish it, you have to watch the 2018 sequel.

We all wish Mary Poppins had been our babysitter. Few movie musicals are as iconic as this one starring Julie Andrews as the magical and mysterious nanny who flies in (literally) to save the day. While time has not been as kind to Dick Van Dyke’s cockney accent, we missed these characters so much Rob Marshall tapped Emily Blunt to step into the role for 2018’s Mary Poppins Returns. Watch both to compare.

Who knew murderous women could be so much fun to watch? Renée Zellweger and Catherine Zeta-Jones give two flawless performances as femme fatales Roxie Hart and Velma Kelly in this musical set in the Windy City during the extravagant and tumultuous 1920s. You can’t help but root for these two accused killers to succeed and be the stars they were born to be.

Long before Ben Platt was a nearly 30-year-old high school student, John Travolta, Olivia Newton-John and Stockard Channing made up the very mature graduating class at Rydell High. This soda shop tale of young love, greasers and Pink Ladies is no doubt responsible for countless girls’ love of bad boys (looks away in shame), but between the music, dancing and fashion, it’s tough to top.

When you hear the word “musical,” you think of Rodgers and Hammerstein. Another iconic Julie Andrews performance, this classic set in Austria during World War II sees Andrews once again in the role of magical caretaker. This time, she’s a wannabe nun questioning her calling in life who ends up in the home of a widower (played by Christopher Plummer) and his seven cheeky children.

Love, race and turf are all on the line in this musical inspired by Romeo and Juliet. Natalie Wood and Richard Beymer are star crossed lovers Maria and Tony, who find themselves at odds with their friends and family, members of two rival New York City gangs during the 1950s. Rewatch it now ahead of Steven Spielberg’s version, featuring an appearance by Rita Moreno, the original Anita.

Which movie musical do you always find yourself singing along to? Share your favorites below.