The Real Hero Of Christmas Vacation 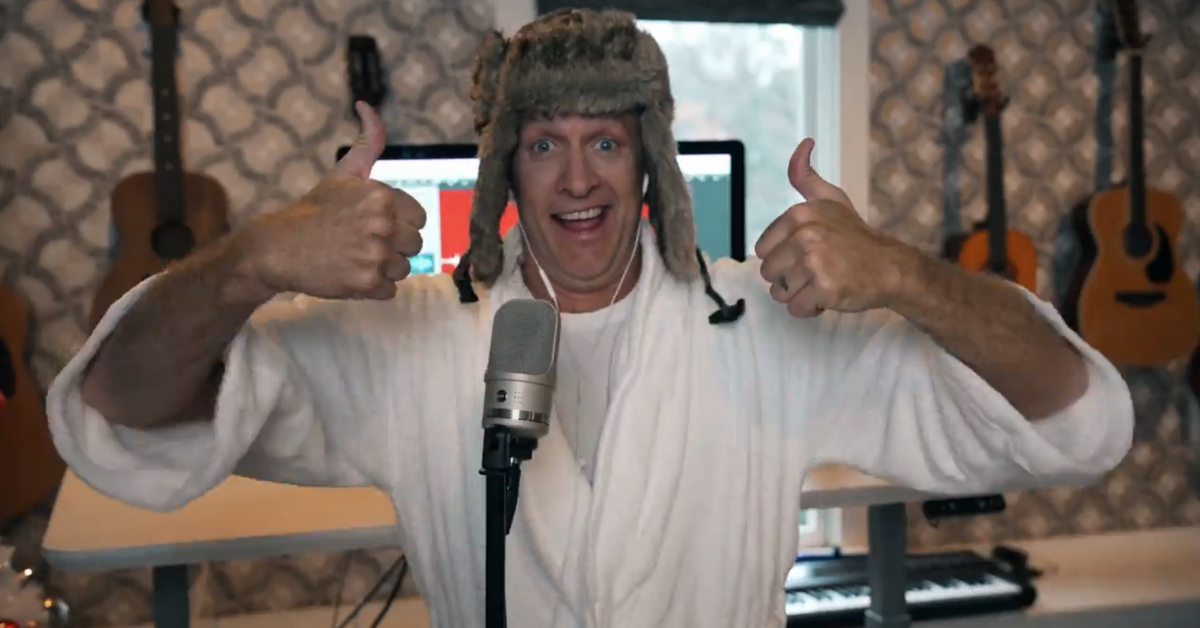 When watching National Lampoon’s Christmas Vacation for the 536th time this year, I came away with a new thought: The character everyone loves to ridicule, is actually the best example of Christmas spirit.

We re-watch this movie several times in the holiday season and we always notice something new. Last year, I declared that the sneaky funniest moment of the whole movie was Eddie walking through the living room while talking to Clark, tinkering with the little wooden model and watching it crumble. The audio mixing, the quick timing beat, and Eddie just plowing on with his story is sheer perfection. Belly laughs for days.

This year’s new thought didn’t come until the very last second of the movie. Clark is staring into the sky with a huge grin on his face, and whispers to himself….

My new thought this year: NO YOU DIDN’T, CLARK! EDDIE DID IT!

Clark is my favorite character in any holiday movie, full stop.  I identify with him in so many ways: We both like singing in the car with our families even if they hate it. We both like eggnog. We both love our family above everything else.

Of course, there’s the bad stuff too: Our thoughts often wander. We daydream. We want  a world in which we can make everyone around us happy. We both want to be the hero.

I can’t believe I didn’t notice this the 535 times I’ve watched this movie before, but the truth of the matter is:

Clark is NOT the hero of Christmas Vacation.

Cousin Eddie is the hero of Christmas Vacation.

I can hear you arguing.

“Eddie is a freeloading buffoon who dumped all his problems on others!”

Fair enough. I noticed all of that as well.

“Clark gets there in the end!”

This is a Christmas movie, and in the end, the hero is always the one who is taken by the Christmas spirit. Sure, it took George Bailey and Ebenezer Scrooge until the very end to get there, but they got there nonetheless. So did Clark, right?

Actually, I’m not so sure anymore. Scrooge made a fundamental change in his personality after learning the consequences of his actions. Bailey was saved by the generosity that he instilled in all the people he helped throughout his life.

Clark? I mean he was really happy in the end but it seems like the main reason is because his cousin took extreme measures to kidnap his boss and ensure he got his yearly bonus. Otherwise, I think he would have read The Night Before Christmas with a smile, then gone to bed still wondering how to get out of crippling debt.

Instead he was saved. By Cousin Freaking Eddie.

There was a happy ending only because of Eddie’s actions. But that’s not the only reason he’s the hero.

Think about it: Eddie embodies the Spirit of Christmas more than anyone in the family.

Eddie’s final scene in the movie, you see him out on the front lawn, saluting the dazzling sight of an emblazoned Santa and his reindeer. Of course, it had been lifted into the sky by an explosion made possible by the waste he himself dumped into the sewer.  It was the last of the many miracles cousin Eddie created.  He saluted Santa with all his heart, and if you look carefully in the background, pounded a beer.