What Our Kids Think About The Amazing Race 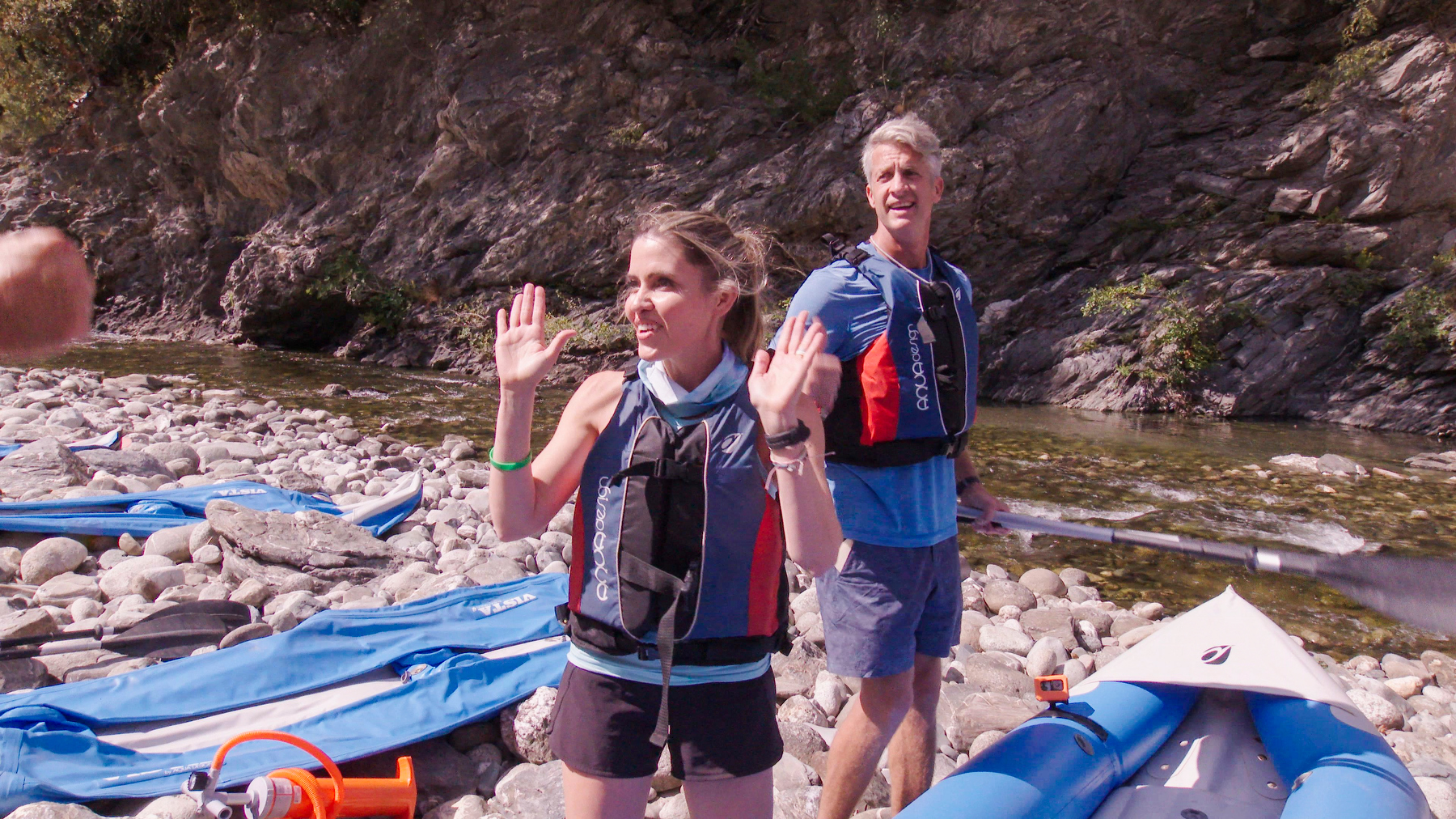 The hardest part of The Amazing Race (well, besides driving and navigating in foreign countries) was being away from our kids. Remember, there are no cell phones so not having contact with them was emotionally grueling for us.

In the first episode, they were quite literally pushing us out the door to the starting line. We’ve always watched the show as a family, but they were the ones who gave us confidence to step outside of our comfort zone and compete.

We haven’t told them how we fared or any details about our experience. Without being able to talk about the crazy things we did, like performing a crazy high bungee jump, it never felt like any of it happened. That was a BIG DEAL for me but I couldn’t share it with anyone, so it always felt like a really strange (terrifying) dream.

Now that the episodes are airing, it actually feels real for the very first time. Watching these episodes through their eyes makes me feel all those emotions we were having on those days we got to race. I can say, they are very proud of their parents but they definitely have some opinions. Here are some things they’ve yelled at the TV while watching:

1. “Is this why you always make us do puzzles?”

We’re a board game/puzzle family. My favorite day so far of 2022 was the night we lost power in an ice storm and we played games and puzzles by candlelight. In the first episode, Penn and I realized the task involved creating a puzzle out of random, printed pieces of paper. The kids were very impressed with their parents at that moment. That soon faded.

In the same episode, one of the tasks was to find “The Queen” in an adorable London pub. We were so happy to earn our next clue that we fawned all over the actress playing The Queen. We aren’t complete idiots. We didn’t think Her Majesty would be available to meet with some middle-aged parents wearing athleisure.

After the second episode, the internet exploded on Penn yelling, “GET ON THE TRAIN!” after he was confused about finding the clue. Our kids showed grace. They’ve seen most modern seasons of the show and agreed, “it couldn’t be that easy.” They gave him a big hug and reminded him he’s done way stupider things in life. Kids will keep you humble, man. 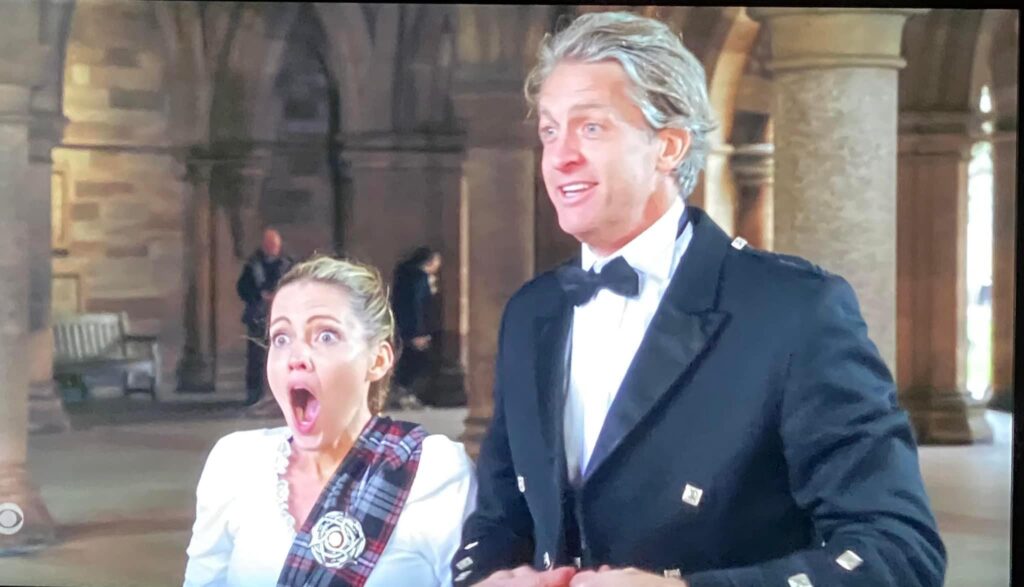 After we won the third leg of The Race in Scotland, it was announced we won a trip to a resort in Cape Cod. No “congratulations” or “you’re so amazing for driving on the opposite side of the road in a manual transmission”.  Our kids thought we managed to escape for a week without telling them. No. No, we haven’t taken the trip. (No prizes are given until after the season airs.)

When they saw us struggle with the Swiss flag routine in Leg 4, they said “you always choose the wrong detour”. They aren’t wrong. Everyone watching on screen sees the task, but we are making decisions based on the limited information in the clue. We DEFINITELY were guilty of reading too quickly and not discussing options. This was a prime example. The flag routine wasn’t so much choreography as a strength task. I have tears in my eyes here because my arm is so sore and shaking. We really should have taken the other option.

I don’t know why, but I became extra schmoopy during this experience. Maybe it was the lack of a cell phone, only having ONE thing to focus on, or the high stress. But we’ve been caught kissing in almost every episode. Sorry, not sorry kiddos. 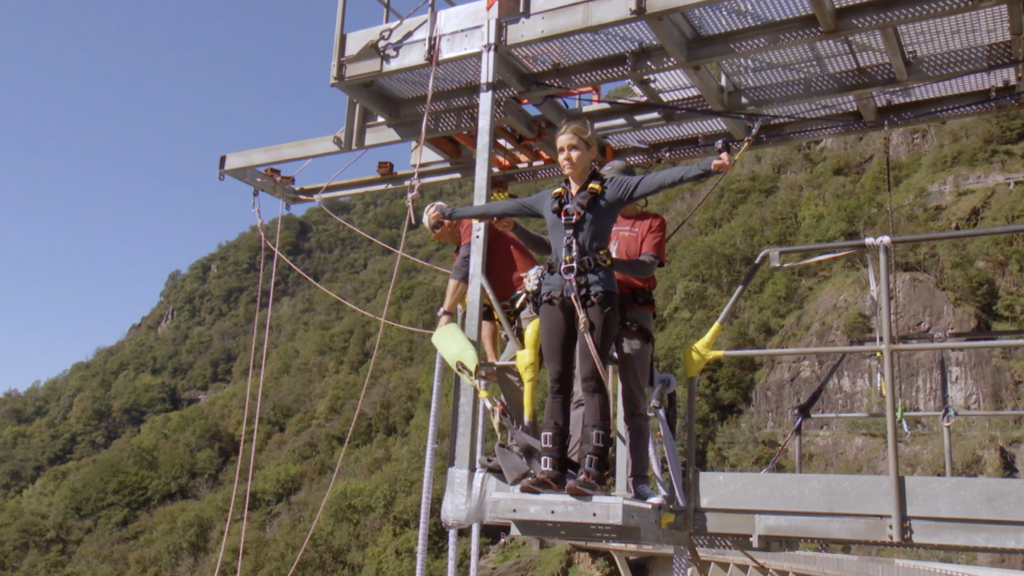 In Leg 5, I had to face one of my greatest fears. I bungee jumped 722 feet off the second highest bungee jump in the world. Instead of watching the TV at the moment, I was watching their faces. I assumed they’d have the look of mouth-open astonishment and pride. They were proud. I think. But the first thing Lola noticed was that I was wearing her jacket for the jump. (She says I didn’t ask her before packing it. I totally did.) 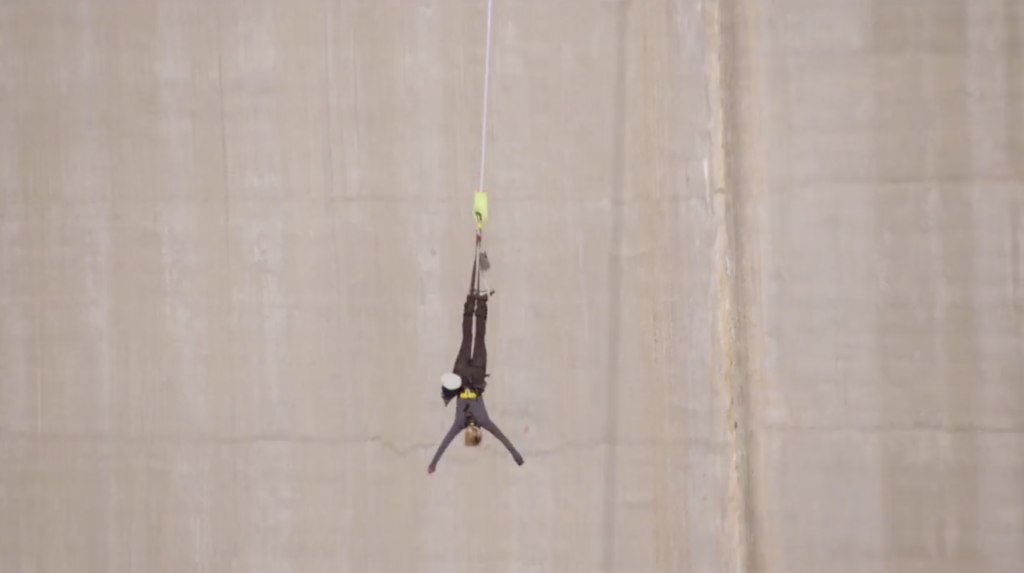 On that same jump, they saw me do the brave thing and jump off the ledge. I fell (and fell and fell) and I went sort of… floppy on the bottom. I did not pass out, I remember every terrifying second. And they aren’t wrong, I do look like a fish out of water struggling for air.

With all that being said, the kids are very proud of us. They are the reason we had the guts to try this crazy adventure. I hope, no matter the mistakes we’ve made, they see their parents trying their very best.

See what’s next for us on The Amazing Race. Airing Wednesdays on CBS at 9pm.

This week, it was Penn’s turn to do the scary thing.