Why I Love Britney Spears and Cody Rigsby 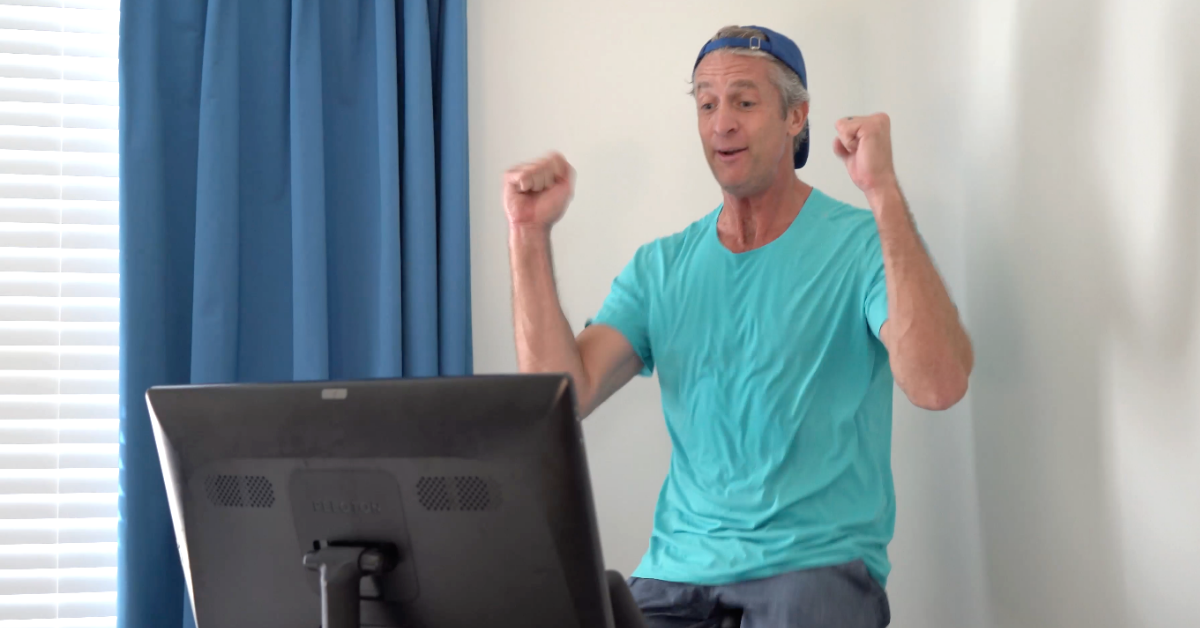 Hey guys, Penn here. When it comes to music, movies, and entertainment, I have had two voices in my head, one perched on each shoulder.  These voices have been there since I was young and they have been in a constant argument. I want to be as honest as possible in explaining them, while also being aware that I’m a product of growing up in the 80s. Despite being raised by extremely accepting and open-minded parents, the schoolyard was unfortunately, the schoolyard. Liking a certain song might make your peers make assumptions about your sexual orientation.

Here’s an example of a conversation these voices on my shoulders would have:

Left Shoulder: Holy cow, that new Madonna song is stuck in my head.

Right Shoulder: We like Madonna? We better keep that to ourselves.

RS: Because people will think we are gay.

RS: Yeah, I know that but no one else will know that.

LS: Uh oh. That’s not good. We will get teased mercilessly. So who are we supposed to like?

RS: Well, our brother listens to U2 and The Smiths and Led Zeppelin.

LS: Am I allowed to say I don’t really love their music?

LS: Got it. What about Broadway? Mom took us to Phantom last week and it was unbelievable.

RS: Dude you are killing me.

LS: What about Cats?

RS: That’s worse! They are in tights and their junk is flapping all over the place. That’s gay.

RS: Doesn’t matter! All that matters is what people think.

LS: Oh yeah, that’s right… So how does a straight dude who loves Broadway and mostly female musicians get through grade school?

LS: And if I want to listen to Two of Hearts by Stacey Q?

RS: Do that s$#t in your room by yourself with the door closed.

Being Honest With Myself

Over the years, that conversation happened over and over again. The musicians and musicals changed. As I got physically bigger and stronger I slowly got more and more comfortable sharing my tastes with others, knowing that retribution was less likely. I learned a LOT in the 90’s and 2000’s when I made friends with different sexual orientations from mine. I used the early lessons of love and acceptance I learned from my parents and I evolved from “Boy Who Wants People to Think He is a Man” to “Man Who is Accepting of All People, But Still Wants People to Think He is a Man.”

As much joy as I got from learning to accept everyone, I have to admit: until very recently, I had STILL not given that same grace to myself. With the exception of Kim (who figured me out pretty early) I still told people my favorite musicians were either Nirvana or Snoop Dogg. I love them both, but truth time: If the definition of “favorite” is “most played” then the real answers are probably either Imogen Heap or Taylor Swift.

So yeah, I was oddly ashamed of my preferences for a long time. Isn’t that weird?

The good news – something happens to you as a man in your mid-40s: You stop giving a bleep.  A lot of your body parts start hurting. Your kids become middle schoolers and they are saddled with the same worries that you had. You feel for your kids, but now you are on the outside looking in and you also realize how silly it is to care that much about what other people think.  Life is suddenly way too short. If you want to blast Since You’ve Been Gone in your car with the windows down, who cares?

At the same time that I realized all of the above, I took up riding Peloton.

Let me start with this – I am NOT a Peloton addict. I don’t get up at 6AM to go on live rides, I don’t dress up for theme rides, and my longest streak, I think, is two days.

I hated the thing when it first got to our house, mostly because I had to get it in there. For those who don’t know, a Peloton, though sleek and thin, weighs about the same as an elephant. It also didn’t help that I heard my wife’s breathless giggles coming from behind closed doors, reacting to a man’s voice. She was really into this guy on her screen?! It felt like a fitness infidelity. A fitnessadelity? (Is that a thing?  Probably not.)

However, as an extrovert with asthma, I needed a new fitness outlet. I get energy from working out in a community, but COVID loooooves asthma, so I basically chose to shut down those CrossFit workouts, even when the regulations loosened up a bit.

It took a while to adjust to the new Peloton World. I wasn’t doing anything “live” so it was basically a recording of someone telling me to pedal a bike. I would have stepped off after 90 seconds if it weren’t for the thing on the right that told me how I was doing compared to other people…. WAIT, THERE ARE 80 THOUSAND PEOPLE I CAN TRY TO BEAT? YES!!!! I’M IN! HOW CLOSE TO DEATH TO I HAVE TO GO TO GET INSIDE THE TOP THOUSAND? LET’S GOOOOOOOO!

The next step, for me,  was finding an instructor that wouldn’t threaten my manhood. I decided to ask my friend Jesse, who looks like a Game of Thrones warrior. (Both my legs could fit into one of his arms.) He rides the Peloton, which made me feel better. He gave me a list of guys who played angry grunge/alternative music and didn’t talk much. It felt like a safe way to start.

I gave that a go. I did fine. I placed in the 85th-90th percentile for the most part (I told you I was competitive.) But I didn’t feel inspired (like Kim feels) or like I ever needed to do it again.

Who Is Cody Rigsby?

About two weeks into the experiment I was about to quit and go back to exclusively lifting weights in my garage. I wasn’t feeling it. Kim said “Maybe you should try a new instructor. Have you checked out Cody Rigsby?”

Cody loves Britney Spears and seems to dance on the bike as much as he cycles. Penn from 10 years ago would have said something insensitive like “No thanks, I have testicles.” Penn from two weeks ago decided to give him a try.

Cody is not a Peloton instructor, that is incidental. He spends about 10 percent of the time on fitness instruction. The rest of it, Cody is all about some Cody.

Cody gives his hot takes on celebrity drama (none of which I understand, but all of which I find hilarious.)

Cody just stops and does dance routines in the middle of songs.

Cody celebrates what he loves with such audacity, it’s impossible not to smile.

Cody is the voice that I needed on my Right Shoulder 35 years ago.

We pretty much have the exact same taste in music, but he figured out a lot sooner than I did that it doesn’t matter what people think.  All that matters is what makes you happy. Here’s what blows my mind about Cody, and anyone else like Cody:

He grew up on a schoolyard like me, but his fears had to be 100,000 times more intense.

I was afraid to tell people what makes me happy because I didn’t want people to think I was gay, and it was a real fear.  I can’t even imagine what that fear would feel like for someone who is gay.

Being Who You Really Are

On the first ride I went on, a Madonna song was playing and Cody stopped riding and looked at the camera and said “Can I be real here? This was the song… that when I first heard it, it allowed me to come out… to myself.”

I had to stop pedaling.

That’s how much fear he was dealing with. Forget about telling a judgemental world what makes you happy – he had to summon up the courage just to say it to himself!

How insanely brave was that next step, knowing how hard it is just to admit it to your own brain? I don’t have the answer, but I do know that the product of all of that bravery is a dude who appears to be genuinely happy, and who DOES NOT GIVE A BLEEP.  He managed to pull that off about 20 years younger than I did, with a lot more on the line.

Again, I know that “coming out” on what I like musically is incredibly insignificant compared to what Cody and millions of others have done, but they all inspired me to do this:

My name is Penn and I love Taylor Swift, Britney Spears, and Kelly Clarkson.