He didn’t screw up (that bad) 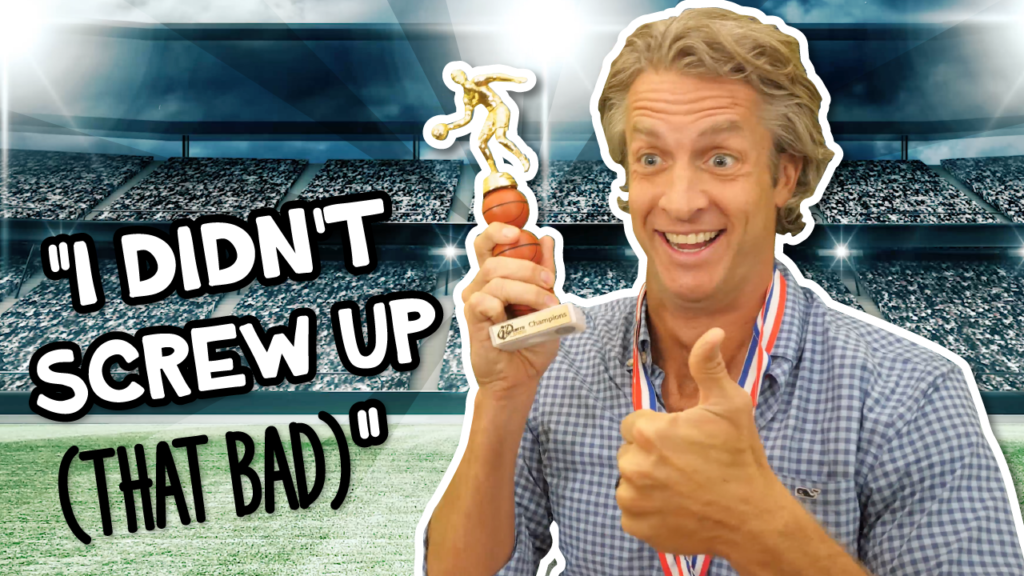 We’re doing something big and scary. We’re writing a musical, assembling it song by song, in hopes it finds a home on a stage somewhere one day. While most of the songs Penn writes are parodies (changing the words to someone else’s work) here he’s writing his own.

The musical, at this point, will center on a married couple working through some “issues.”  In this first song, “I didn’t screw up (that bad)” we’ve created a satire that was born out of a very serious conversation. We were talking with friends about how “men behaving badly” dominated the headlines and all of a sudden men “who didn’t screw up (that bad)” all of a sudden looked so attractive. The joke became, “what if women were held to the same standards?”   It’s unfair that we hold the bar so high for women AND we never hear about the well-behaved men. Since publishing this video a few, who haven’t had the chance to read the description or our comments that accompany the piece, have criticized for piling on the “man-bashing” train. That wasn’t the point. At all. In fact, most of the audience has understood the intention we set out when publishing the video and has been able to celebrate the absurdity of it all.

We hope this makes you think .. and laugh. Watch here –>