How our kids handled a weekend in the spotlight 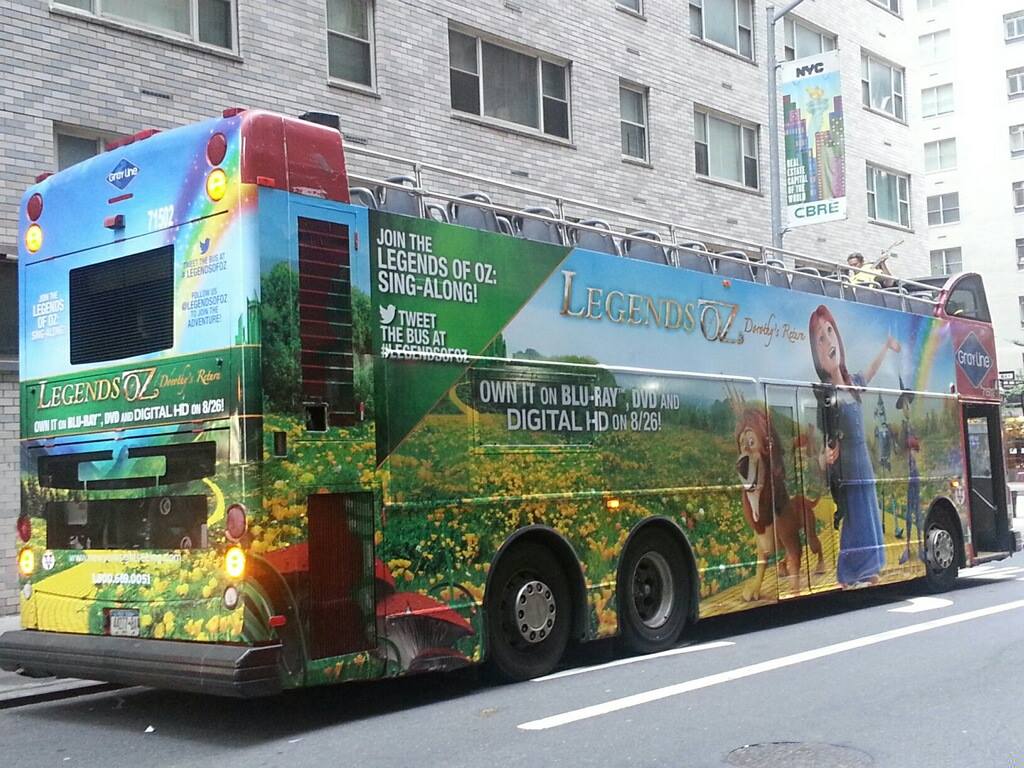 Penn and I had everything we needed growing up. We didn’t necessarily have everything we WANTED (Guess jeans, a real Members-Only jacket, and Michael Jackson parachute pants), but our parents did everything they could to make sure we had the necessities (we got those jeans with the upside down triangle, a generic jacket with zippers, and a pair of pants that squeaked when we walked).
Now that we have our own children, we realize our own parents were onto something: There’s enough stuff; experiences are what matter. That’s why we try to bring the kids along for any opportunity to travel with our day job. Our company, Greenroom Communications, was hired to provide digital strategy and a social media launch for the Legends of Oz DVD release for Fox Home Entertainment. We have a team of social media ninjas who developed an AWESOME plan that included a Friday night Twitter party and a Saturday morning double-decker sing-a-long bus ride throughout New York City.

At the same time, we were invited to be on Fox and Friends Saturday morning to talk about our newest family video. 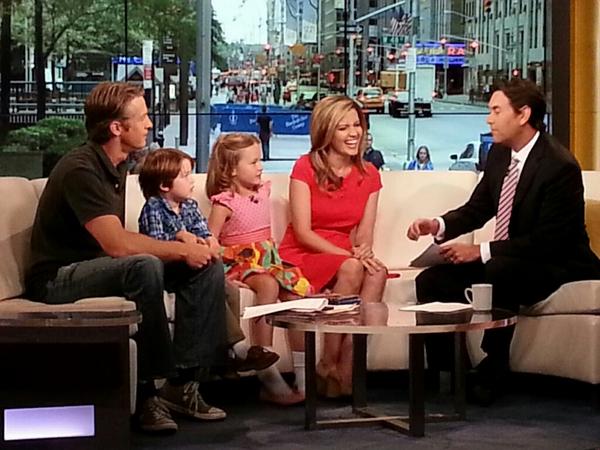 I tried to remind the kids:

“An airplane trip to New York is not something mommy and daddy did as children. We are fortunate to be able to do this.”
I went on: “A national television interview is not something mommy and daddy did on Saturday mornings growing up.”
And: “A double-decker bus ride through the city is not something mommy and daddy did as children.”
I suppose I just wanted them, at age four and seven, to be grateful for these opportunities. Remember, Penn and I decided if we had the means, our children would have amazing EXPERIENCES (I’m saying this with jazz hands and spirit fingers — “EXPERIENCES!”), not necessarily more STUFF. And THIS was it — THIS trip was an experience. EXPERIENCE IT, KIDS!
But soon, Lola had enough of the “experience.”  (She’s so much like me it’s scary). While Penn and our son get their energy from being surrounded by people, Lola and I need quiet time to recharge.

We never appeared on national TV when we were growing up.

We never saw our dads perform on a double-decker bus as children.
Yes, these were great opportunities, but it was a lot for my little people. About an hour into the bus tour — Lola was done. She wanted off.  So that’s what we did. Penn stayed on to lead the crowd in song — Lola, Penn Charles, and I walked back to the hotel. Lola didn’t want to hold hands. She wanted some quiet time ten feet in front of me (on crowded Manhattan streets). There was still so much to EXPERIENCE, but we closed the shades and tuned out the world for a bit. It’s what my girl (and I) needed. 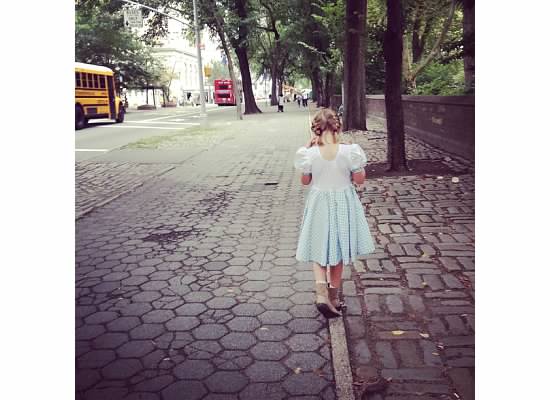 During those quiet moments I told the kids, “We don’t have to tag along on trips like this. You don’t have to do television interviews. Help me know when it’s too much for you too handle.”
Lola, now fully re-charged, scoffed. “In these interviews you and daddy do all the talking. It’s not fair. Next time, I’m answering all the questions.”
Well, ummm . . . okay.

Next, we hit the city as a family.  We found the spot where Penn proposed to me years ago. We rode the carousel in Central Park. Stopped by the Plaza, where our favorite six-year-old Eloise used to hang out. We even had time to see our girl, Lady Liberty.


Lola actually cried when it was time to leave. She said while wiping the tears from her face, “Promise me we can do this all over again soon.”  There’s a tug on my heart when she cries. But this time, I must admit I was a little relieved. It had never occurred to me that these “EXPERIENCES” wouldn’t be 100% positive for our children, but I was grateful she was going to remember this trip fondly.
P.S. Before every video or interview or picture we snap with our cell phone — we ask our children’s permission. If they aren’t in the mood or simply don’t want to participate, they have veto power. I even read this post to Lola before hitting publish. She was mostly concerned that I wanted “pants made out of parachutes.”