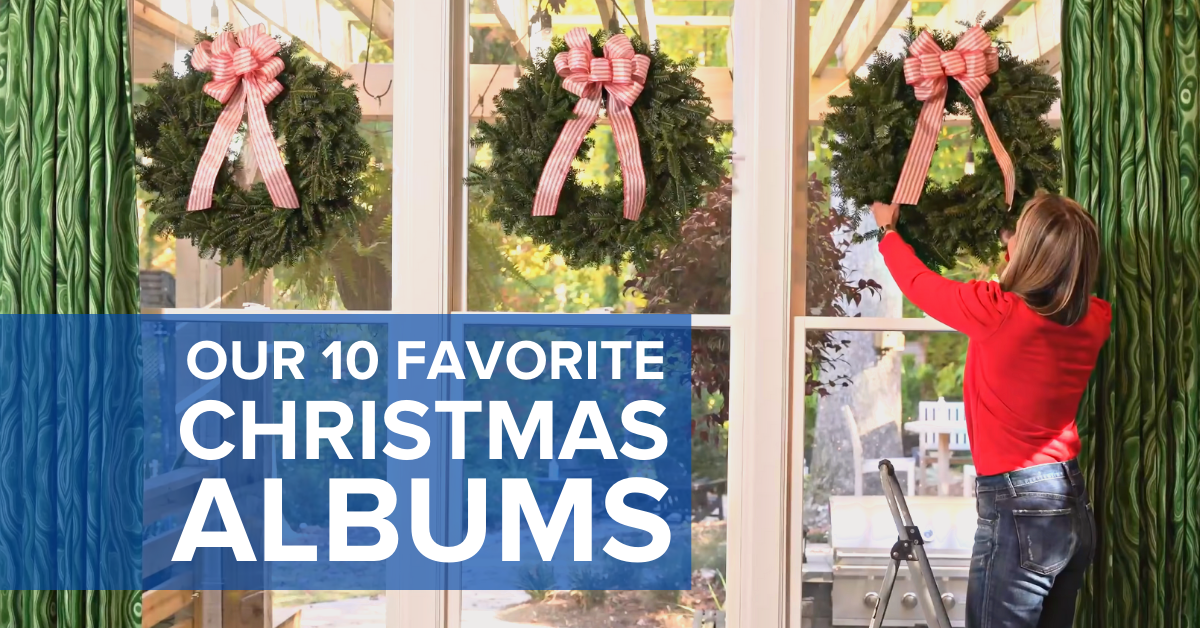 I don’t know about you, but Christmas music has been blasting in our home since October (thanks, Lola). The second the temperature dropped, the jolly tunes came on with no sign of stopping. And much as I try to fight it, this music has a kooky power that just fills me with, dare I say it, the Christmas spirit. When these classics start playing, I just can’t help but smile, even if I’m drowning in to-do lists and cookie dough.

If you’re in need of some new holiday music, here are our 10 favorite Christmas albums you’ll love listening to until January:

This album is likely one of the first you’ll hear in any retail establishment once the pumpkins and witches are packed away. The diva herself recorded one heck of a Christmas earworm identifiable by just the few opening notes. Try not to belt it out. But the album also features several standards like “Silent Night.”

Best Track: “All I Want for Christmas Is You”

This a capella group is anything but your typical door-to-door carolers. They create all of the sounds for classics like “O Come, All Ye Faithful” and “I’ll Be Home for Christmas” without any instruments. But their take on Leonard Cohen’s signature track, although not an actual Christmas song, is the one that always makes me cry.

The American Idol’s first Christmas album has a great mix of slower and more upbeat tracks. From “Blue Christmas” to “4 Carats,” her impressive range is on full display and it’s hard to argue with her eternally cheery disposition. You have to imagine Clarkson lives for Christmas.

With a mix of traditional (“Rudolph the Red-Nosed Reindeer”), goofy (“I Want a Hippopotamus for Christmas”) and sappy (“Christmas Makes Me Cry”), country star Musgraves gives us all the moods of the holiday. There are also some major features on this album, including Leon Bridges and the one-and-only Willie Nelson.

Holiday Spirits by Straight No Chaser (2008)

A capella is just perfect for Christmas, isn’t it? Another group we love is this all-male ensemble of Hoosiers. Our entire family is a fan of this album, which includes 14 gorgeous songs like “Santa Claus Is Coming To Town” and “Little Saint Nick.” God bless the Midwest.

Best Track: “The 12 Days of Christmas”

No Christmas album transports me back to my childhood like this one. As soon as “O Tannenbaum” comes on, it’s like I’m back in my parent’s living roo with our tiny TV.

A Christmas Gift for You from Phil Spector by Various (1963)

OK, ignore that guy’s name in the title. Featuring the talents of artists like The Ronettes and Darlene Love (one of the season’s most famous voices) it remains one of the quintessential American Christmas albums. It’s always worth a listen during this festive time of year.

The ‘90s are back, baby, and there’s no better way to celebrate the holidays than with the ultimate boy band Christmas album. It’s full of original songs that are just the right amount of corny, along with traditional numbers like “The First Noel” (with a bit of a pop twist). Can we bring back boy bands already?

You cannot, CANNOT, make a list of the best Christmas albums without including arguably the most famous holiday crooner ever. Crosby’s voice on songs like “I’ll Be Home for Christmas” and “Jingle Bells” triggers so many happy holiday memories, it just never gets old.

Ella Wishes You A Swinging Christmas by Ella Fitzgerald (1960)

The ‘60s produced some truly amazing Christmas albums. Make your festivities a bit jazzier this year with this one from none other than the First Lady of Jazz. Her versions of “Let It Snow! Let It Snow! Let It Snow” and “Frosty The Snowman” will feel right at home at your holiday cocktail party.

Best Track: “Have Yourself A Merry Little Christmas”

Which Christmas album do you go back to year after year? Let us know in the comments.