How I Got My Picky Son to Eat Vegetables 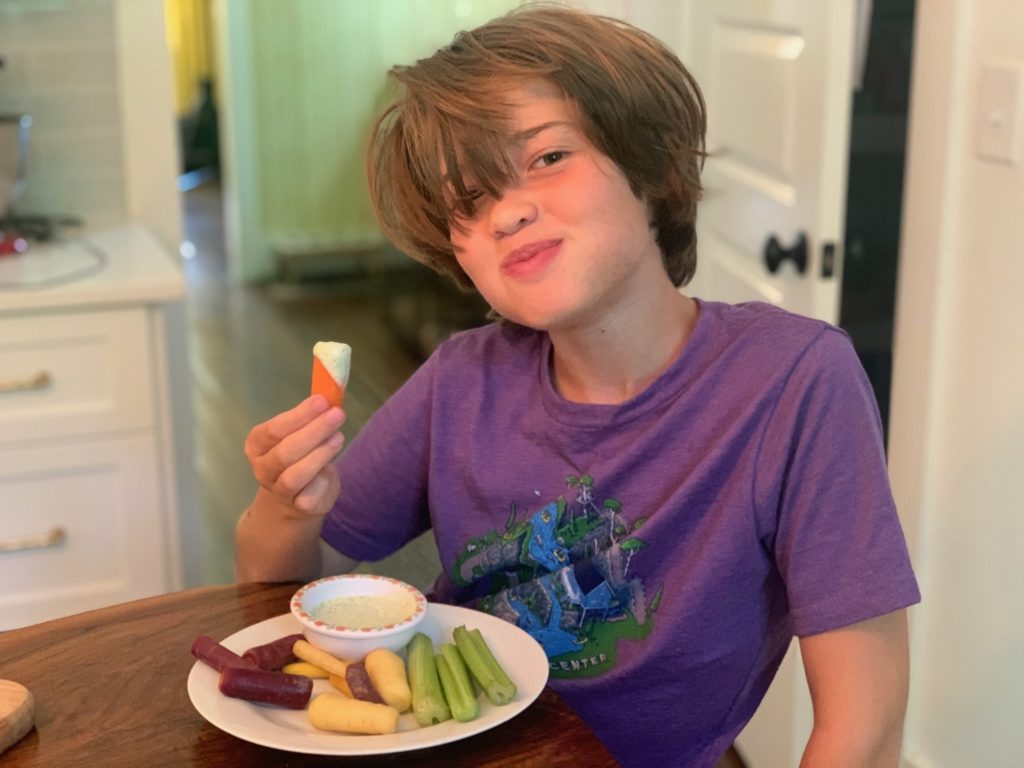 There was a time when my son only ate beige food. We even sang about it years ago. (Also, look how teeny tiny my babies were! Lola is now 5 inches taller than me.)

Our son had massive reflux issues as a baby. We had to take him for daily weight checks until he was about 6 weeks old. Anything and everything we fed him came right back up. I switched to exclusively pumping (the actual worst) and took out every potential allergen from my diet (also terrible). Once he started eating solid foods he (slowly) gained some weight. I fed him all the homemade fruit and veggie purees I fed his older sister and most of them…would just dribble down his chin. But, he would gobble down oatmeal, mashed potatoes, anything beige. I indulged him because…well, because HE WAS ACTUALLY ACCEPTING CALORIES INTO HIS BODY.

By the time we were singing in this silly video it was a real problem. He rejected all fruits, vegetables, and anything with a hint of nutrition. What kid doesn’t like bananas? We saw a nutritionist and a feeding specialist. It was determined he lacked some muscle tone in his jaw that made his eating unpleasant and likely had some sensitivity to the textures of these different foods. (He actually puked when we forced him to eat a strawberry. Lesson. Learned.) His case didn’t need a massive intervention, but I needed him to be able to eat something besides french fries.

It took years, (yes, YEARS) to get to where we are now. My plan was pretty simple. There would always be something on his plate he would eat, but he had to try two bites of the “new” something. Did he protest? Yes. But when he saw we weren’t giving up, he caved and slowly started taking bigger bites. Does he still prefer pizza to broccoli? Of course! Don’t we all?

Mix in a blender for about 10 seconds. Store leftovers in the fridge.

*You can use dry herbs, but you won’t need as much. If you chop ingredients well, you can mix by hand. I’m just really lazy and use a blender. You do you.

Do you have a similar issue at home? How do you get your kids to eat their veggies? Share in the comments!