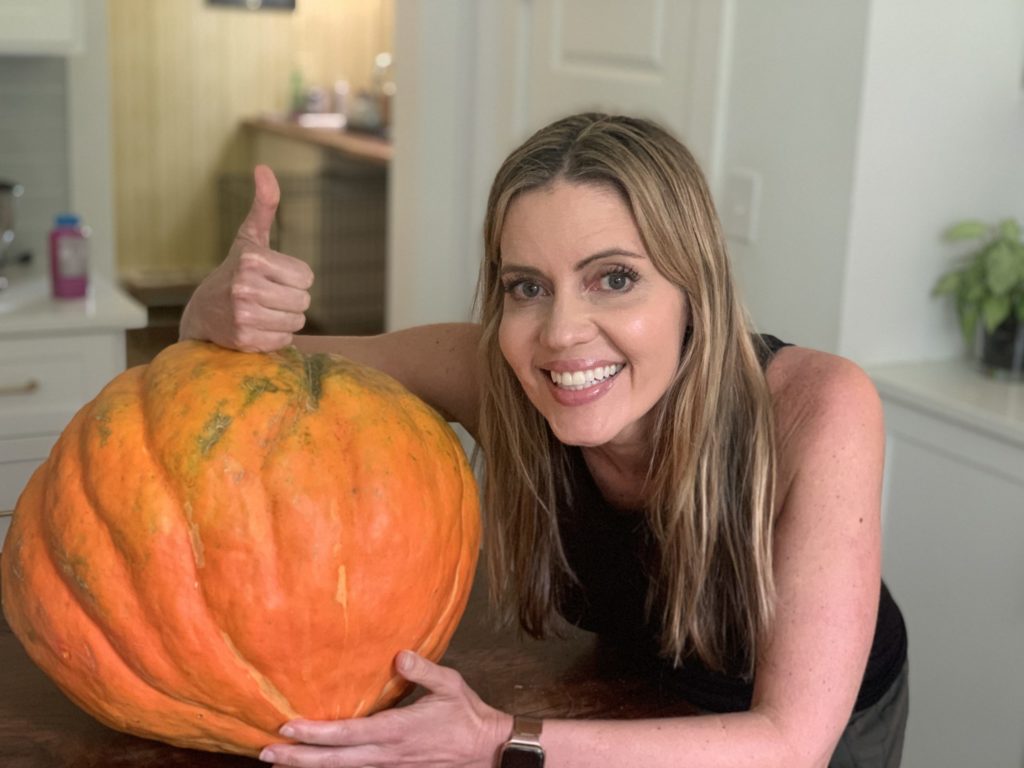 Who else started a garden for the first time ever while in quarantine then accidentally grew a 32 pound pumpkin? Just me? Cool.

So here’s the thing: I had visions of having pumpkins to pick as the temperatures started to fall in October. I thought the kids would sit on the front porch and carve jack-o-lanterns in time for Halloween. I could proudly take pictures and say, “I GREW PUMPKINS! I’M CREATING MEMORIES!” Welp. I planted the seeds not realizing how fast these suckers grow. This pumpkin fell off the vine it got so heavy. I have no need for that much pumpkin as a decor item until October so it became my mission to eat it. So here I am, in August, creating vats of pumpkin-infused food. You’re welcome.

I don’t know much (or anything) about gardening, but I do know there are some pumpkins better for cooking than others. I’ve used “sugar pumpkins” in baking before with much success. This is NOT a sugar pumpkin, but I wanted to see if some of my recipes would work. This yielded a more liquid-y (that’s a word, right?) soup, but I think it’s delicious.

This recipe serves an army. Feel free to half this if you live with a normal amount of people. These measurements are based on a massive pumpkin. I used EIGHT (8!) pounds of pumpkin (with skin, not 8 pounds of puree) for this. The beauty of soup is that it’s very forgiving so add or subtract as necessary.