The Math of The Amazing Race 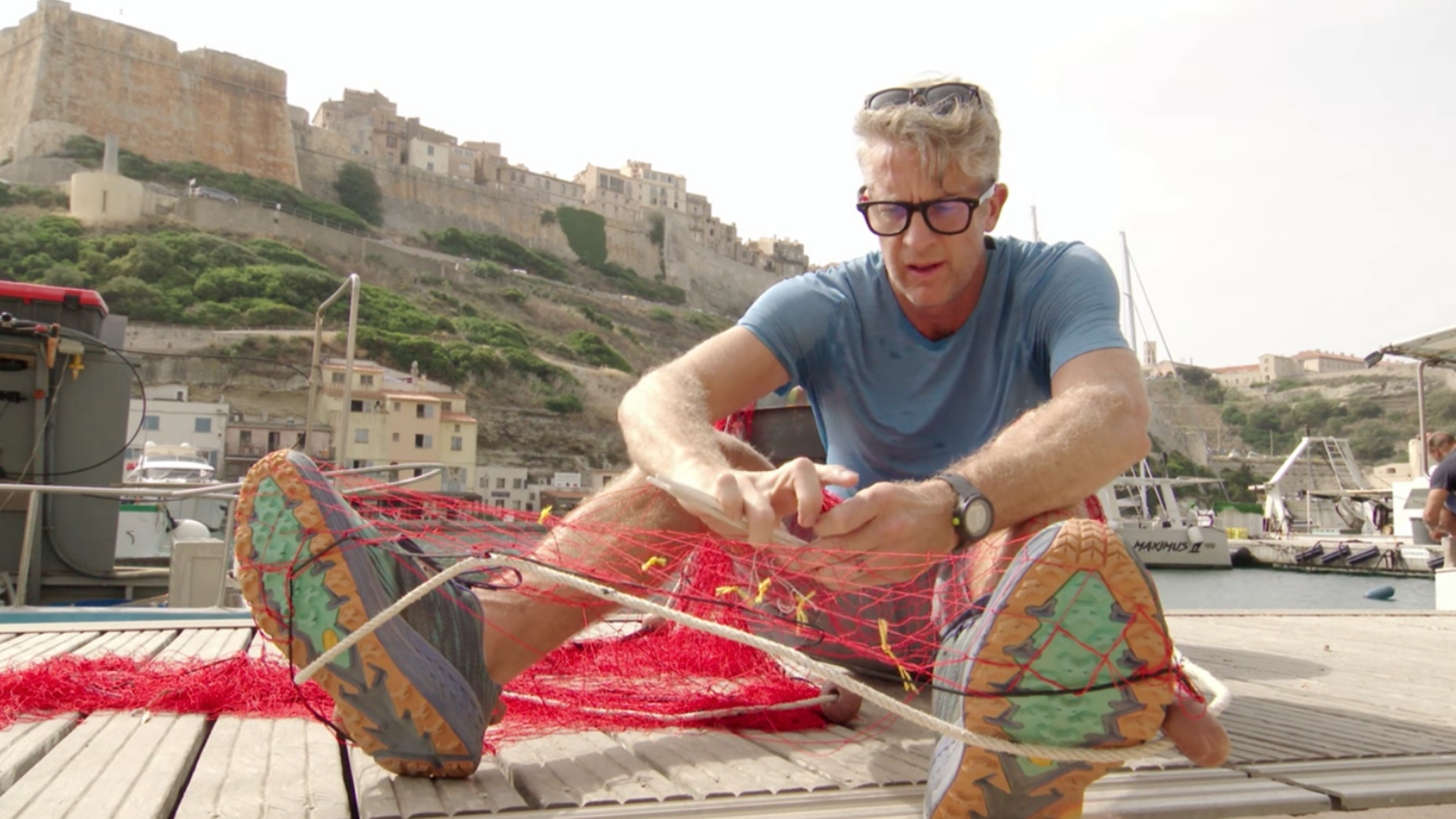 I always wanted to be a College Basketball player.

Heck, everyone I knew wanted that. We grew up watching Duke and UNC go at it when they were consistently the best two teams in America. Alas, the biggest basketball trophy I ever got was about 4 inches tall.

My math trophies were about 4 feet tall, and I have quite a few of them.

People still get a chuckle when I tell them that I was a Mathlete in High School, which makes sense, it’s a pretty funny portmanteau. But math did help us get the last laugh on The Amazing Race, The CBS Adventure show that aired over the past few months. We have written on this platform about making the most of my ADHD, and Kim’s courage in dealing with Anxiety, and her heroic performance in the final challenge.

That’s all pretty exciting stuff, right? Well, all of that is going to pale in comparison to how exciting this is….

Oh, come on. Don’t leave yet! Math can be fun. Let me prove it to you! I am about to tell you how numbers helped define this race, and really helped get us to the finish line first.

Fun fact: Kim helps soothe her anxiety by writing things down, taking notes. I often soothe my ADHD doing math in my head, finding the probabilities of all the ordinary things going on around me. What are the odds I make this left turn with 7 cars in front of me? How long will this line at Disney take? It drives Kim nuts sometimes, I’m sure. But she seemed to welcome the data when we were in the race.

Let’s start with these numbers:

These are numbers I recited to Kim at the start of every leg. They are the percentages, all things being equal, that we would avoid finishing last for each elimination round. So leg one, if everyone performed exactly the same, we would have a better than 90% chance to advance. The chances slowly decrease but always remain well above 50%.

*The last number is a drastic dip because those are the odds you will win once you are in the final three.

Obviously, not getting lost and performing well in challenges can make those odds even better, and doing the opposite would decrease those odds. However, just looking at those numbers, as a whole, makes me realize 3 very important things…

#1 If you don’t mess up, you have a really good chance of getting to the Final Three.

Anyone on the race will tell you, they are happy if they advance. Period. Full stop. Winning feels really good, but in the end, we would all take 10 straight second-to-last finishes, because everyone starts the Final Three dead even.

#2 The odds of advancing are better than you think, so take your time.

Can I say we were aware of this, but did not always abide by it? It makes perfect sense, slow and steady seems to always win the race, and very rarely are there footraces to the mat. The racers are more often separated by hours, and it’s very often from a costly mistake that came from not slowing down and taking time to understand the task at hand.

#3 Once you get to the finals, it’s a whole new ballgame.

Once you get to 33%, you have to be more aggressive, but “controlled aggressive”. The odds are against you for the first time, so you have to take a few more risks. That would explain why everyone runs off the starting mat like chickens with their heads cut off, because there is only one winner.  Second to last is less appealing here.

At the end of our adventure, Kim and I were able to pass Cayla and Raquel. Rightfully, major props went to Kim for her studying and preparation for this final task. But math played a part in this as well. We both felt really confident, and were able to finish the Challenge because we were 100% sure of most of the clues. There were only three we weren’t sure of:

We had no clue which ones we were getting wrong in the final memory challenge, but knew it was among those three things. The coin was one of four options, and the car and boat were one of two options.  Therefore, the odds of us getting it right were:

That’s not great! If we stayed on those odds, we could have had 16 different combinations to guess from, plus it would have been really difficult to remember which ones we had already guessed.

Therefore, we reassessed them one by one. For the truck, Kim deduced that it was more likely that the correct answer would be the truck that looked like ours, but was the wrong color, since the one that was the right color was an old Ford Bronco. Smart move by Kim, and our math improves!

Better! At this point we only needed to guess 8 things, and we could do that pretty quickly. I was aware that we were down to 1 in 8, and we talked about the math, and agreed on the strategy.  Each check only took a couple seconds, and we could do as many as we wanted.  Kim made an educated guess and first put the boat up that Kim was “pretty sure” was the right one. We agreed to cycle through all of the coins for that boat, and if that didn’t work, we would move through the other boat.

On the third coin attempt, we heard three words we would never forget:

And that was it.  We were on our way through the tunnel, and onto the mat. We finished the final challenge in approximately seven minutes.

For those not prepared for the final challenge, those numbers could have been astronomical. Let’s have some fun with that. There were four options on many of the clues with subtle differences. Let’s say we also didn’t know Napoleon’s hat shape, or what the building looked like in Lugano? The numbers would have been

That’s two tenths of a percent, or a 1 in 500 chance of getting the guess right.  That’s why Kim’s visual notes and her preparation were so important. She shrunk the odds better than anyone else. Then we just had to work the problem.

Let me finish with this: Math is extremely important in any elimination competition. Whether it’s this show, or Survivor, or my personal favorite, the World Series of Poker. Knowing your odds at all times doesn’t guarantee a win, but it gives you an advantage to understand what you are up against.

And then go and find a partner that helps you improve those odds.