This Is Our Moon Landing 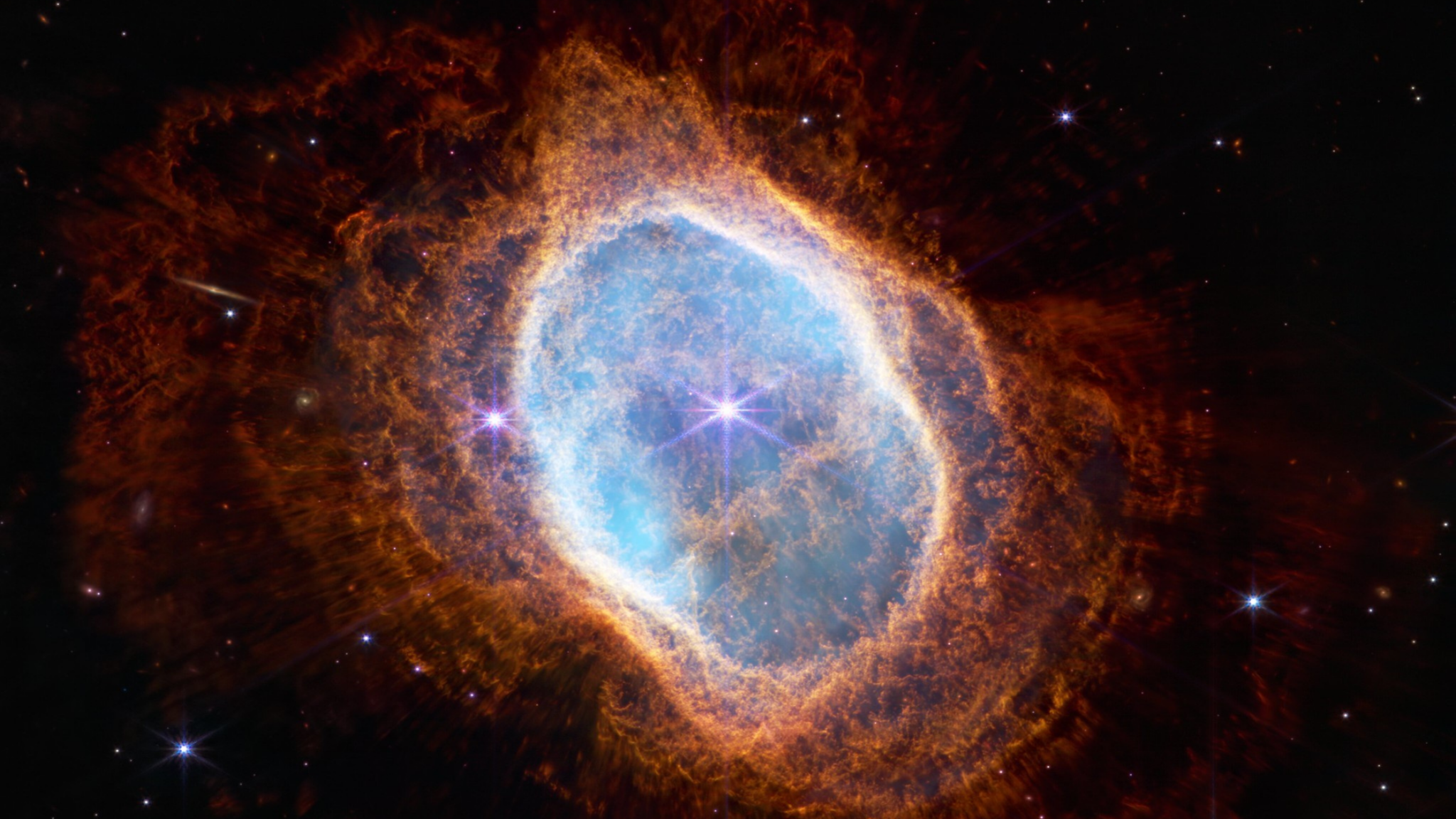 Five years before I was born, 650 million people worldwide, and 55 million in the United States, watched us walk on the moon. Everyone who was alive can tell you exactly where they were when it happened. It is widely regarded as one of the most important moments in human history.

Hot take: I believe that the James Webb Telescope is more important than that.

Wait, don’t leave! I know that sounds bonkers. I also know that the Webb doesn’t have the same “big picture” gravitas that the moon landing had. It symbolized a victory over an enemy, the end of a race that galvanized our country, and so on.

But as far as scientific progress and discovery, Webb is more important when you look at the big picture, AND WHAT A BIG PICTURE IT IS.

So why are there no ticker tape parades? Simple answer – it’s not simple enough (and we aren’t informed enough.) For example, when I told a good friend I was going to be interviewing Keith Parrish, the man who helped imagine, engineer, and commission the telescope, the response was, “That’s amazing! Maybe he will invite you to go see the telescope!”

I had to tell my friend that the telescope is in space – 1,000,000 miles away. Most people don’t know that. This is the part where I am going to explain to you what I have learned this week, and I am going to try and explain it as if you are my wife, Kim.

Kim puts up with my space nerdities on the daily. (I have a book on orbital spaceflight on my nightside table, and I just ordered another one on the science of black holes and time dilation.) When I try to explain it to her, it induces some anxiety unless I make it a little more digestible.

To paraphrase Carl Sagan: “If you assume that we are the only planet in the universe with life, you are a moron.” Carl was much more eloquent than me, but after seeing this image, c’mon. We are soooo not alone. 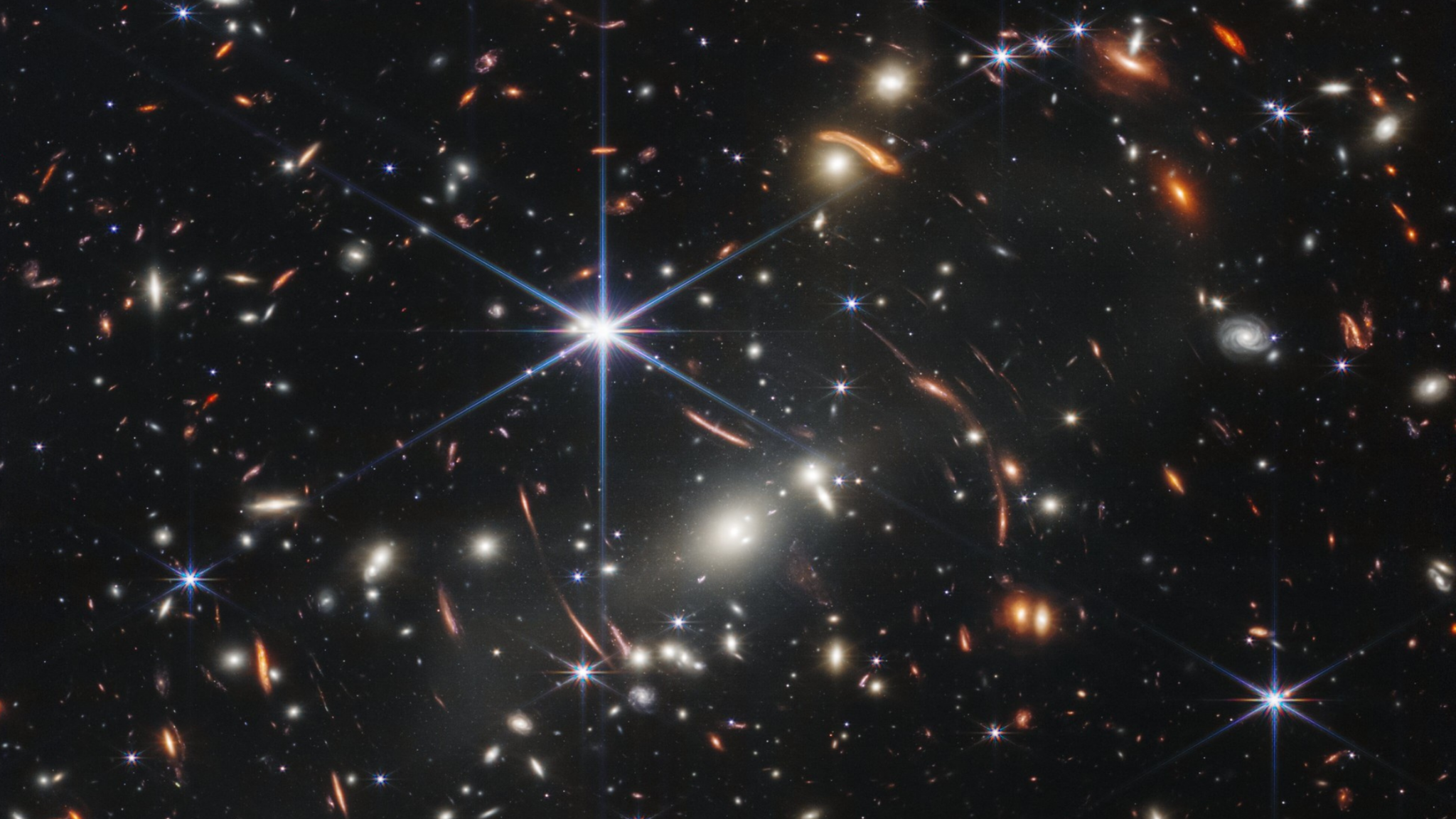 Anything in this photo that doesn’t have that six-sided star flare is a GALAXY and this image covers an infinitesimal portion of the sky. If you took a grain of sand and held it up to the sky, it’s like that much of the sky… and galaxies have 100 billion stars in them.

You guys, our universe is so freaking big.

Life is out there. But it’s all so far away, we will never be able to go and find out where it is. Unless…

#2: WE MAY FIND OUT SOONER THAN YOU THINK

This may look boring compared to the other pics NASA sent out but it was the most important information I got: 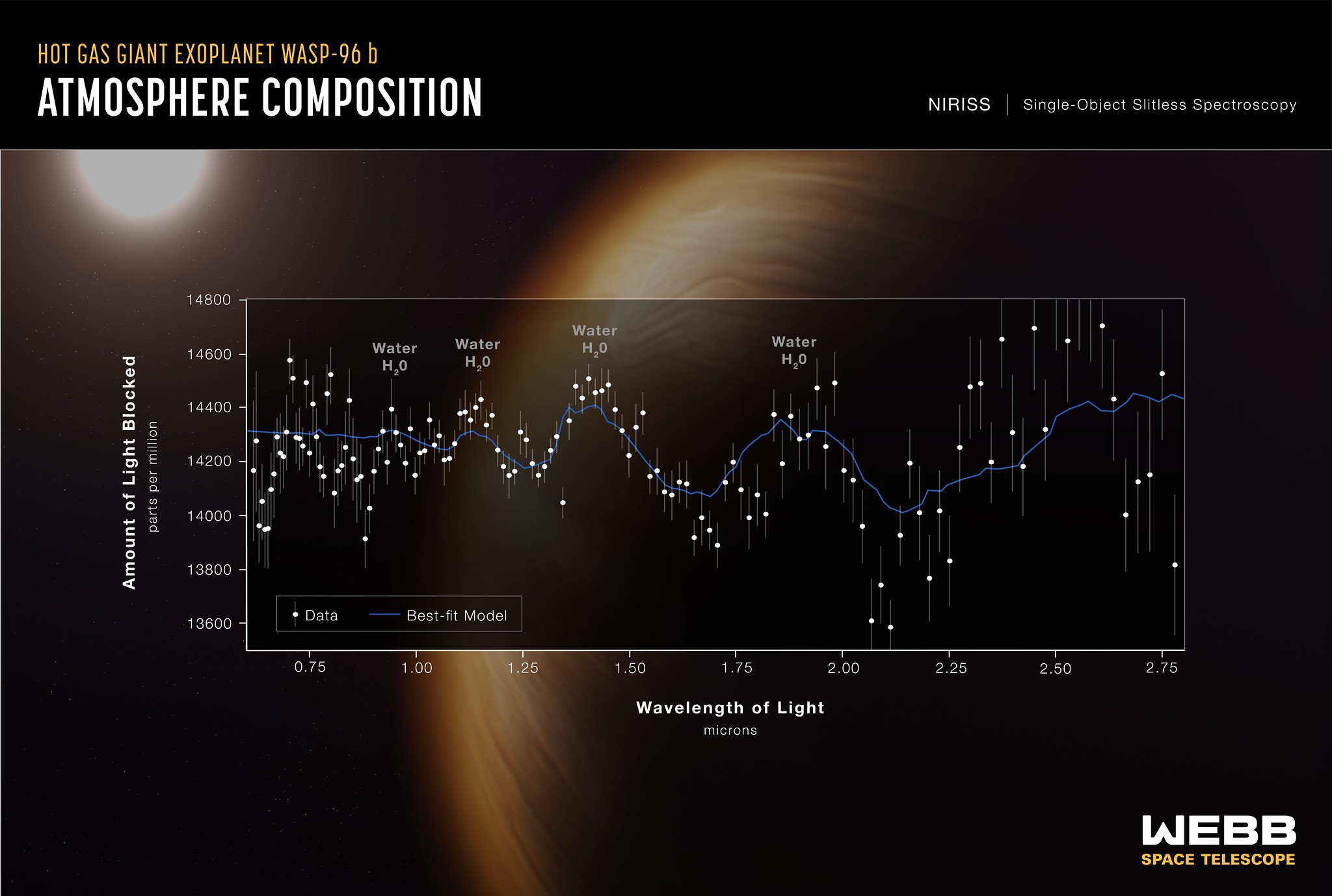 Webb can tell you if there is water on a planet 1100 light years away. (I don’t know how, I think it’s infrared light that does this.) This graph is telling us that a Jupiter-sized planet called WASP 96b has a ton of water. Water equals life. There is probably life on this planet. Webb can see so far so clearly, it picks up biosignatures.

Even more exciting – if it can do this, it can also look for intelligent life by looking for POLLUTANTS using this same tool. We all know about those here on Earth. The development of technology often comes with pollution, so if we detect pollutants on a far away planet, we could locate intelligent life. Mind Blown.

#3: WEBB’S INVENTION, LAUNCH, AND JOURNEY WAS EVEN MORE IMPRESSIVE THAN THE MOON LANDING

While the world closely followed the space race in the 1960s, very few people even knew that Webb was launched on Christmas 2021. It was a monumental feat and the culmination of a 17-year process. It had to travel 4 times the distance of the moon landing, and while it didn’t carry any humans, it carried, arguably, a much more fragile and higher maintenance passenger, the telescope.

Webb needs exact temperatures to keep from malfunctioning, it needs to be calibrated so exactly that a mistake in positioning as small as 1/100th of the thickness of a piece of paper will ruin the entire 9 billion dollar project. And you can’t send a repairman a million miles out the way they tried to fix the Hubble.

For that reason, I seriously don’t know why they didn’t interrupt every network on the planet to carry the final Single Point Failure test that NASA had to run while the telescope was a million miles away.

Failure Could Have Been An Option

A single point failure is any test on a mission that if it fails, the whole mission fails. No backup plans, no fixes. I tried to explain this with my son. I said, “Let’s say I need to get you to a basketball game. I leave 30 minutes early. Name something that could keep you from getting there and playing.

“I forget my shoes?”

Nope, we can go back.

“I forget my water bottle?”

Nope, you can use the water fountain.

“The car breaks down?”

Nope, Mom can come get us or we can even Uber if the car is in a safe place.

Funny, but you can poop in 30 minutes.

“We get in a crash and have to go to the hospital?”

Morbid, but yes. That is a single point failure.

You get the point – in normal life a single point failure has to be pretty rare and catastrophic, and usually there are only a handful of these points in a mission.

This mission had 344 SINGLE POINT FAILURES.

I feel like the final test for this would have been the most stressful thing in the history of technology. (By the way, you can watch all about the development of the telescope and some of these tests here.)

If you’ve heard our podcast before, you may remember a story when Kim was working at Inside Edition. She was interviewing George Clooney and she got a little starstruck. (Cue the hair twirling.) In this week’s podcast, I have my “George Clooney moment” with Keith Parrish, the Observatory Manager for the James Webb Space Telescope at NASA’s Goddard Space Flight Center in Greenbelt Maryland.

Keith and I geeked out over the details of getting the telescope into space and how it reminds us of raising children – it’s like when your kids grow up and go off into the world and you hope you’ve done everything right. Kim moderated our discussion to make sure we kept ourselves down-to-earth (see what I did there?) for everyone who doesn’t nerd out about all the scientific details the way I do.

Listen to the show and let us know what you think! (Also should I follow Kim’s advice and write Space: The Musical?) Tell me in the comments.

Watch the interview recording here or listen at any of the links below: