When kids take over the kitchen | Chopped cooking challenge 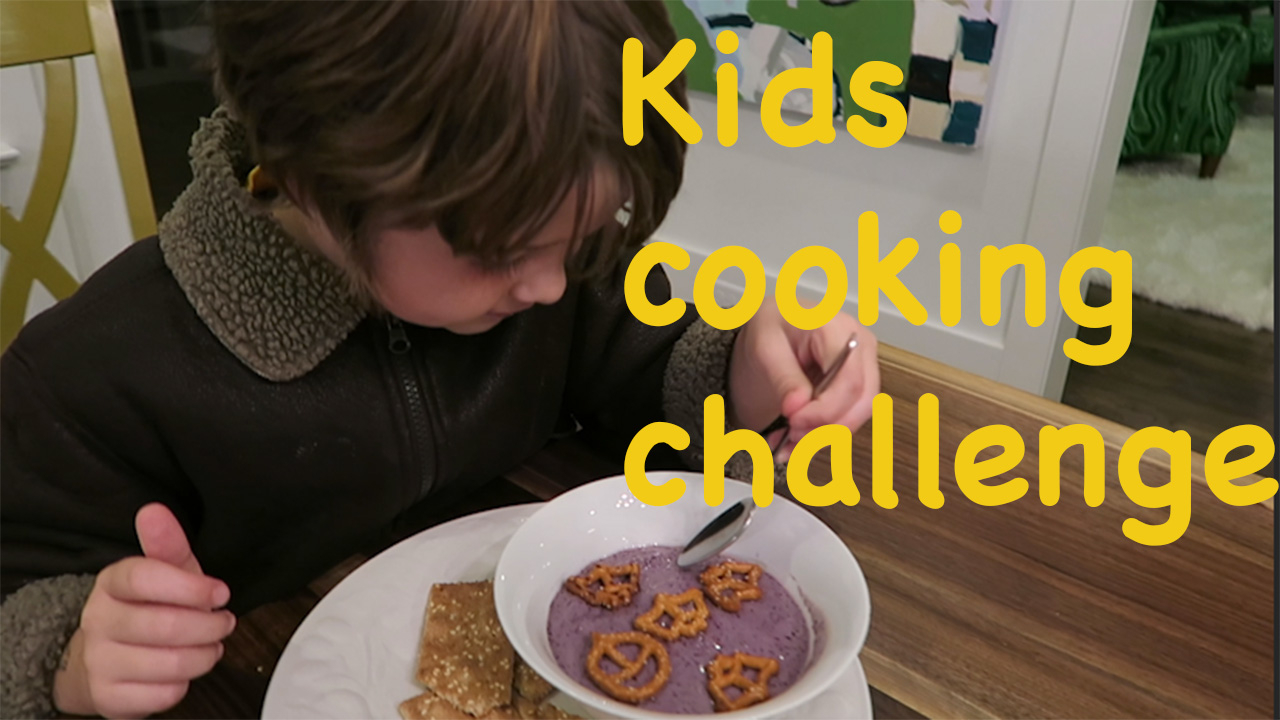 I had had enough. I’d had enough of carefully preparing healthy, delicious meals only to see my children reject them.
I was DONE.

So I made them cook. Yep. I told my six year old and eight year old they were in charge of dinner.
“I will show them,” I thought. “They’ll collapse in a puddle and be thankful for my whole wheat spaghetti and meat sauce.”

And like they so often do, they surprised me.
That night, Lola made scrambled eggs and whole wheat toast, Penn Charles put carrots and the hummus on a plate.
Dang. That’s kind of … awesome.

Since then, the kids have been in the kitchen helping prep meals and helping us create new recipes.
The kids love watching the Food Network show CHOPPED. It’s a timed challenged where chefs us baskets of odd ingredients to whip up amazing culinary creations.
The kids wanted to try their own version.
We put them in charge of dessert. Here’s the result:

What kind of recipes can your kids create on their own?