You down with ADD? Yeah, me too. 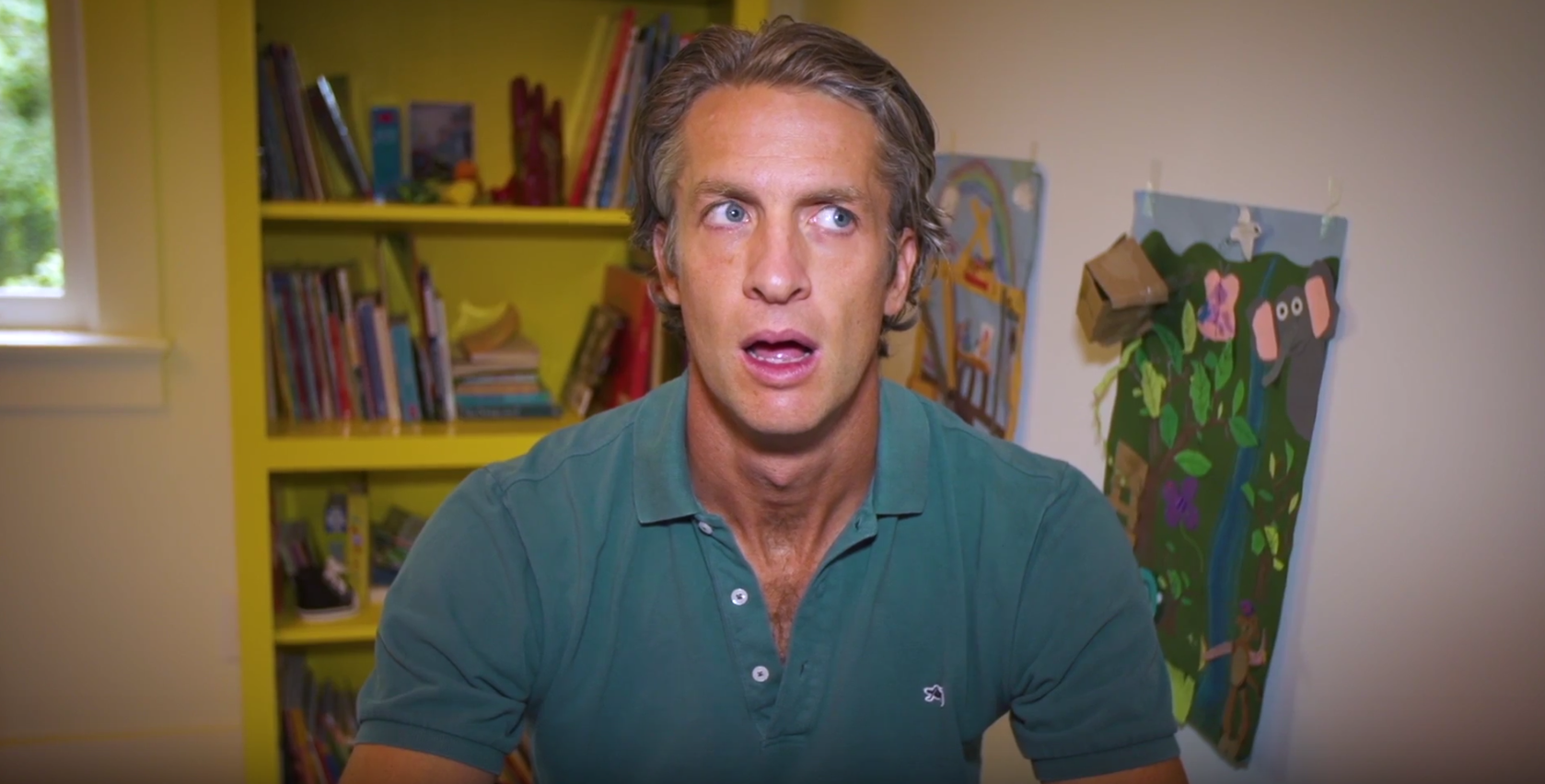 The Penn you see on this website, and in these videos, is the product of a very fun job.  It’s a job not too many people have, so every morning I wake up and count my lucky stars that I get to do this job.

I think about all the crazy things that happen with our family.

I talk, and laugh about it.

Sometimes I make it rhyme.

It is a job that didn’t exist a few years ago.  It’s a job my wife envisioned, created, and basically hired me to do, with the belief that people would find it interesting.  It is a job that is the product of 40 years learning how to tell stories (as a TV journalist), and how to make music (something I’ve tried to do since I was 12).

It is a job that would be completely impossible without ADD.

Yes, you read that right.  If it’s possible to call something  “The world’s fastest growing disorder”, it would be ADD (or ADHD… I actually have ADHD, Attention Deficit Hyperactivity Disorder, but for the purpose of this article lets keep it simple and call it ADD).  It’s been called “an epidemic”. One in 10 kids these days is diagnosed with it.

OK, I have ADD so lets make a sudden left turn and go back a couple decades….

I was diagnosed in college.  It wasn’t really a buzz word back then, but mine was so bad that a friend mentioned I may want to check on medication.  After three years struggling mightily with grades I went on something called “Dexedrine”. Sounds like a weight loss drug right?

Well, I did lose about 20 pounds on this stuff.  I also felt completely different.  I remember the first weekend I had it I was at the beach with some old family friends.  I went on a 5 mile walk with an old friend.

When it was over, she said “do you realize you just spent an hour talking to me without spacing out or interrupting me”

Honestly, the reason I enjoyed it is because she enjoyed it.  Making other people happy makes me happy.  But on my insides, I felt a little bit like a robot.  A lot of the funny, quirky things I normally would have said didn’t bubble to the surface. I listened and I learned.

That last year in college my grades went up a full point from a B-minus student to an A-minus student.  I graduated on time, which a year before had been very much in question.  On the other hand, I felt like a completely different person.  I was on a very even keel 95% of the time, but the other 5% I was a total mess, sometimes breaking down and crying, or shouting at people I loved without knowing why.

I felt different, kind of like the guy that someone hired to replace the guy who lost his job because he sucked at it.  Like a more put-together version of me. But not like me.

A year later, I made the decision to discontinue medication, which was, I imagine, I little like trying to quit smoking.  The first few days I probably ate 6 meals a day, sleept 15 hours a day, and felt like I was in a fog.  A lot of time on the couch, zoning out on the TV.

But after about a week, I felt about myself again.

NOTE : My experience with ADD medication was exactly that : my experience.  Without a doubt there are benefits. I have seen close friends of mine change for the better through a steady dose of medication.  It just depends on the person.

Here’s the thing about going off the meds : I also felt really guilty.  I know that for the most part, even though the medication ultimately made me feel unhappy, it was making life a lot easier on the people around me.  After hearing people tell me for a year : “wow, it’s nice having an actual conversation with you,” what did it say about me that I was foregoing that again to go back to my actual self? Is that selfish?

Oh, and I just graduated… What the heck is next?

If you work in local TV, or you know people who do, you may be stunned to see that sentence.  It is, in many ways, a brutal industry.  The supply/demand curve is so out of whack that the salaries are terrible, the hours are terrible, there is zero stability, and you have to move all over the country to places you don’t really want to go just to get to the point where you aren’t living on food stamps (If you had counted my salary divided by my hours, I qualified for food stamps in my first year as a TV Sports Anchor, by the way).

My first night interning at the ABC station in Durham, I felt completely alive.  People were shouting in short sentences.  They were running around with tapes.  They were flying through video at the speed of sound and picking out 15 seconds of sensational video from 3 hours of content.  They were facing impossible 20 minute deadlines and delivering with seconds to spare.  They were throwing on coats and ties and makeup while walking and talking to three different people at once.

All of a sudden, I wasn’t a space cadet anymore.  I was enthralled.  There was no “deficit”, no “disorder”.  I understood it all.  I devoured it all. Within a month I had gotten so good at editing, and writing copy (which is one way of saying “take eloquently written prose and turn it back into 7th grade diagram sentences so the anchor can read it in less than five seconds”) that my scripts, and my videos, were making air time.  I stayed late every night, not because I felt it would help my career, because I LOVED it.

I don’t need to tell you about the rest of my career, all you need to know about is that first night.  I have won a lot of awards and have been called “gifted” at my craft.  And it is truly a gift.  My brain works in a way that if it doesn’t get the stimulus necessary to retain my attention, it moves onto something else.  As someone who tells stories and makes videos, it means that I can filter out the unnecessary, and keep the good stuff, better than people with “normal” brains.

There are more and more jobs out there in the world that require the exact skill set possessed by someone with ADD, which is good.  We just need to get through school, and find our niche in the world.

I hate that it’s called a disorder.  There are so many things that people with ADD do well.  We are great multitaskers.  We have an energy that is often infectuous.  We are passionate, and spontaneous, and creative.  We love to love, and to be loved.

I will end by saying that I am grateful for the love that my family has given me.  I know what a pain in the butt it can be living with someone who sometimes bounces around like a pinball.  I bet my wife (who I know I don’t deserve) sometimes feels she has to put up with three children, not two.  I hope that all the good stuff outweighs the bad, because this is who I am, and I don’t know that I ever want to change that.

Here’s a little video we made to celebrate ADD!