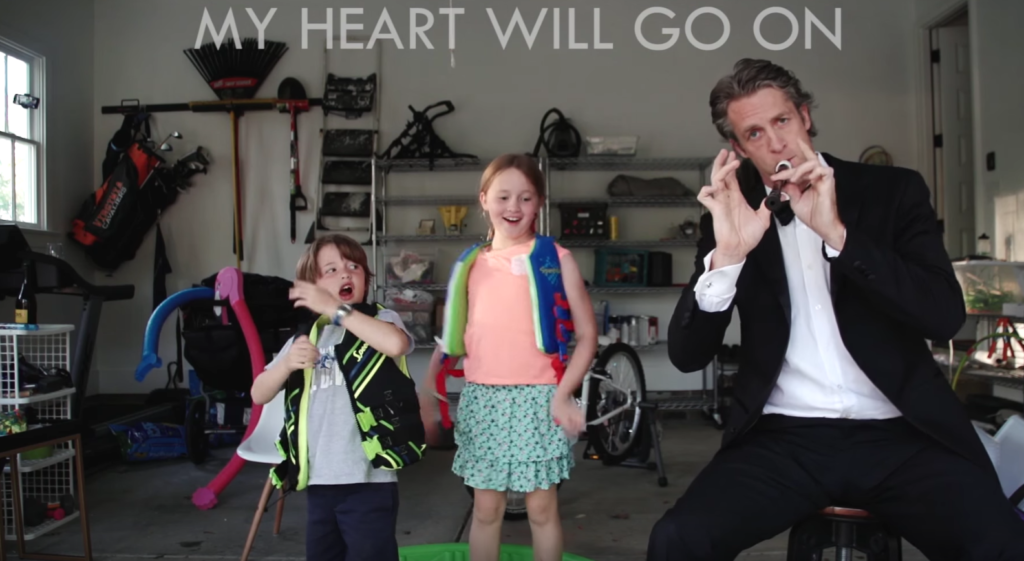 When I was in fourth grade, practicing diligently on my recorder, I heard my mother mutter “…… THE DEVIL’S FLUTE…” cover her ears and walk away.

Now that I’m a mother, I get it. The sound of a plastic recorder being played by tiny, unskilled hands could be considered torture by some governments.  I mean, if I had to sit in a room and listen to my child play the recorder non-stop for two hours vs. spilling state secrets? Let’s just say there’s a good thing I will never be trusted with confidential information of any kind.

Cue my husband. When we moved recently he unpacked a box of childhood trinkets his mother had saved. In it, he found a plastic recorder from 1981. Immediately (because Penn would do just about anything to avoid unpacking boxes) he serenaded me with classics like: Push It, My Heart Will Go On, and Ain’t Nuthin But A G-Thang.  This was far beyond the Hot Cross Buns of my youth.

This week we wanted to share his gifts with a medley of pop classics (and some interpretive dancing!) or what others have called “Four minutes of your life you’ll never get back” ENJOY!

Less than a week left to get your holiday gear bef