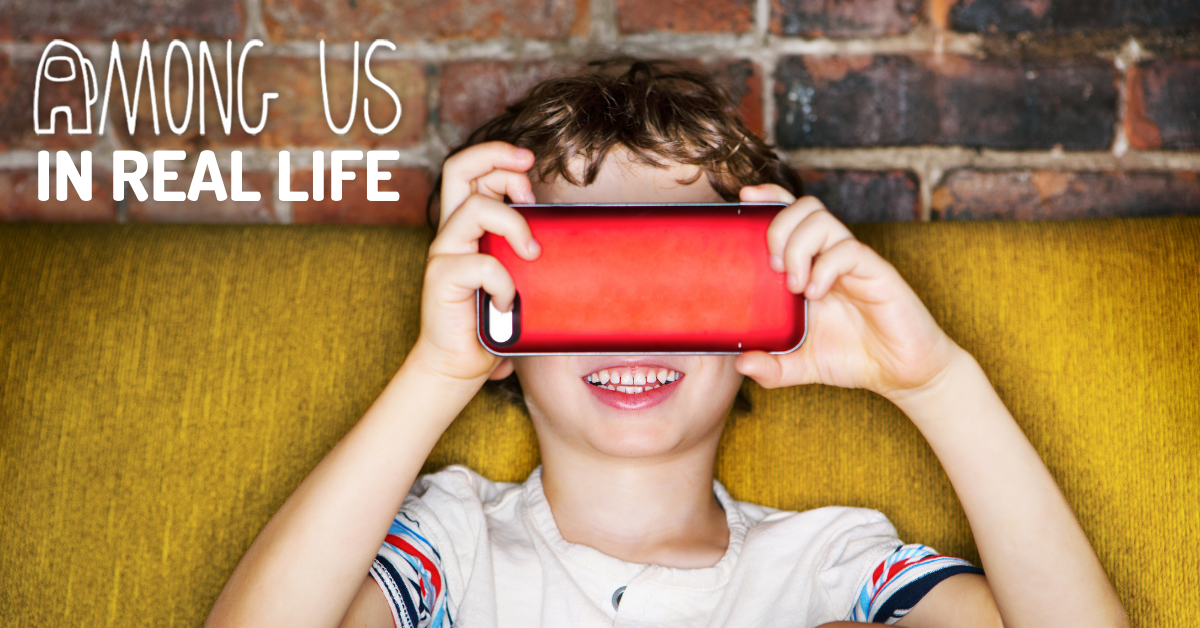 If you have a kid then you’ve probably heard of the game Among Us. In the last few months, the murder mystery game, which is available on mobile and PC, has been a huge hit. (Especially for my son, Penn Charles.)

If you haven’t heard of it or need a refresher, here’s a quick synopsis from CNN: The game requires four to 10 players, who are randomly assigned roles of either a crewmate or imposter [on a spaceship]. Throughout the game, crewmates try to complete their tasks and the imposter tries to murder the crew and sabotage the spaceship without getting caught. If a dead crewmate is found or an emergency meeting is called, players try to deduce who the imposter is while the imposter tries to convince everyone they aren’t a murderer. Most games last a few minutes.

Since Penn Charles won’t stop talking about this game, I wondered if I could create the game in the real world so maybe he could actually get some exercise and get off his iPad. This game is perfect for 4-6 players. The attached download is for a 5 person game and one adult as the “Game Master.” Fun fact you may not know about us: One of our best friends has been living with us since July. She’s looking for work and riding out the pandemic in our guest room. That means she has to do things like be “Game Master” so we can play this game.

This will all make sense once you play it once OR if you have kids in the house.

When other players aren’t looking, the imposter can sabotage by holding up fingers to the game master and it gets yelled out a few seconds later.

There are many ways to up the ante on this game. If you have an indoor camera, you can have a monitor set up so the kids can see what other players are doing. The game can be taken outside and tasks can be changed to include more outdoor activities. The sky’s the limit! Or the spaceship? I don’t know! Have fun and be safe.

*This post was a collaboration with Zach Goldrich of Distant Dungeons – socially-distanced introductory Dungeons and Dragons for all ages!