How to apply sunscreen // The #MimicMommy Dance 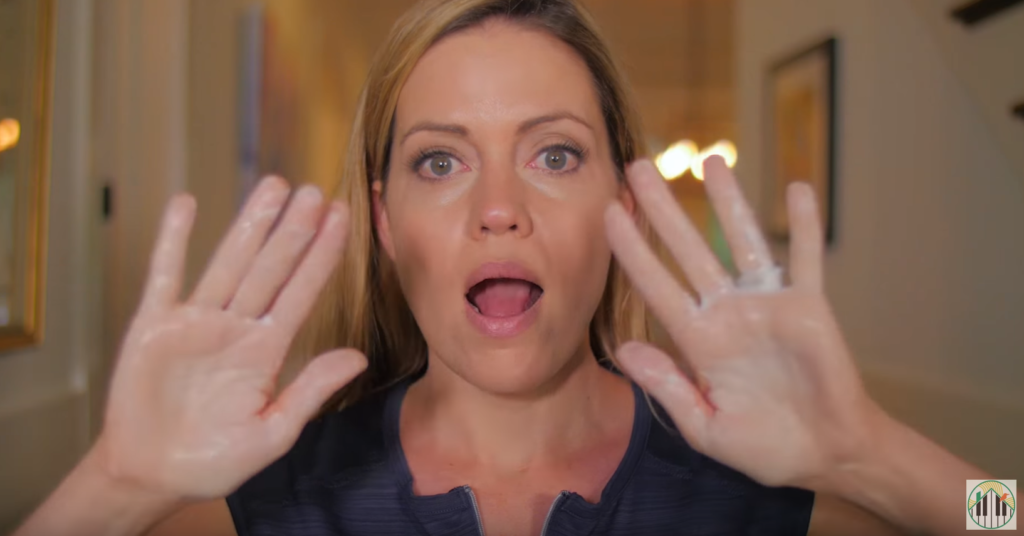 Growing up in Florida, one of my most vivid memories was getting slathered with sunscreen. It’s like my mother was icing a cake, but instead of icing, it was sunscreen; and instead of cake, it was my face! She had good reason. When I was around six years old my aunt underwent multiple reconstructive surgeries to remove part of her lips because skin cancer had attacked them. Shortly after, my father was diagnosed with skin cancer. It was found on his nose and cheek. He’s been through countless surgeries — each time with entire chunks of his face being removed. He jokes, every single time, that surgeons are just trying to make him look more like George Clooney.

I’ve continued the family tradition of vigilant sun protection. We apply sunscreen daily just as we brush our teeth and tie our shoes — it’s a habit. My kids mimic mommy and slather on the sun protection. Because that’s really the way kids learn lifelong habits, from copying what we do as parents. They carry sunscreen in their backpacks and reapply before recess. You get the point. Sun protection is a big deal for our family. And now it’s a DANCE! Neutrogena asked us to create a dance making sunscreen application FUN! And the best part? They are making a $10,000 donation to the Children’s Melanoma Prevention Foundation. We hope you love the video and SHARE so we can keep our kids sun safe.

Kim does so much for our family, so I decided to s

Surprise your partner for Valentine's Day with a t

We are so excited to watch the new season of @amer

Find yourself a person who volunteers to wake up e

Kim does so much for our family, so I decided to s

Surprise your partner for Valentine's Day with a t

We are so excited to watch the new season of @amer