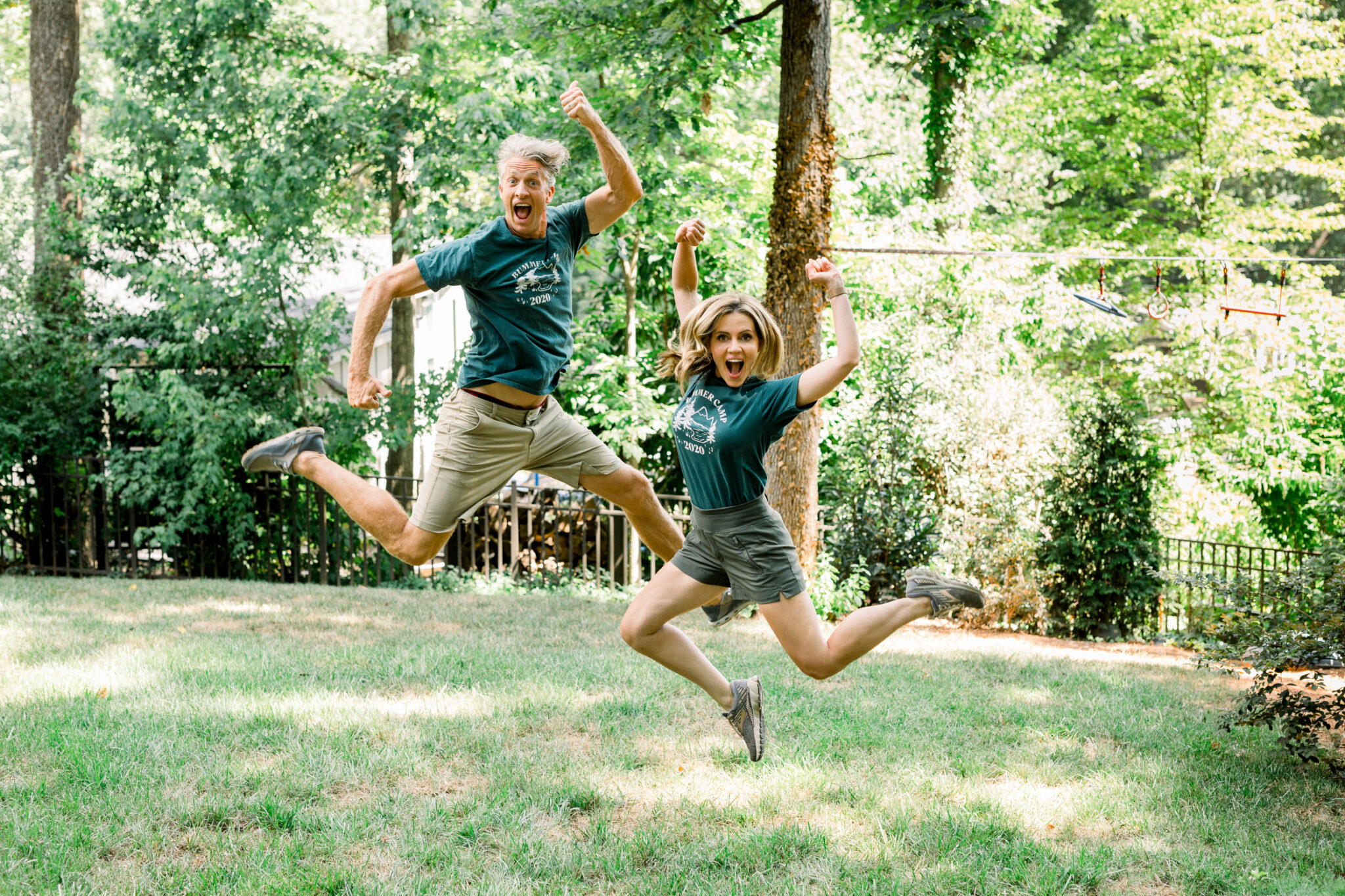 When it comes to our marriage it sometimes feels like we “fell out of the lucky tree and hit every branch on the way down, ended up in a pool of cash and Sour Patch Kids.” Penn and I are so proud of the work that we’ve put into growing our partnership and communication skills. However, we still find inspiration in real-life (and fictional!) relationships around us. For example, we are big Ted Lasso fans, and we find Jason Sudeikis playing an uplifting soccer coach a huge inspiration.

Now that Season 2 is over we are having withdrawals, we thought it would be fun to use some of the show’s best one-liners to talk about treating our marriage like a team. Who needs couples therapy when you have Ted Lasso, right? (Totally kidding.)

One of our absolute favorite quotes from Ted Lasso is: “You know what the happiest animal on Earth is? It’s a goldfish. You know why? It’s got a 10-second memory.” I know I’ve described Penn as a golden retriever before, but he definitely falls into the goldfish box as well. Once we fight and we take time to make up and come to a solution, Penn and I try to be a goldfish and move on. It’s important not to bring up past arguments as ammo in future fights. Holding a grudge against your lifetime teammate is not going to help you win the game.

Hear more of our favorite Ted Lasso quotes and how we relate them to marriage in today’s podcast: