My Go To Comfort Shows 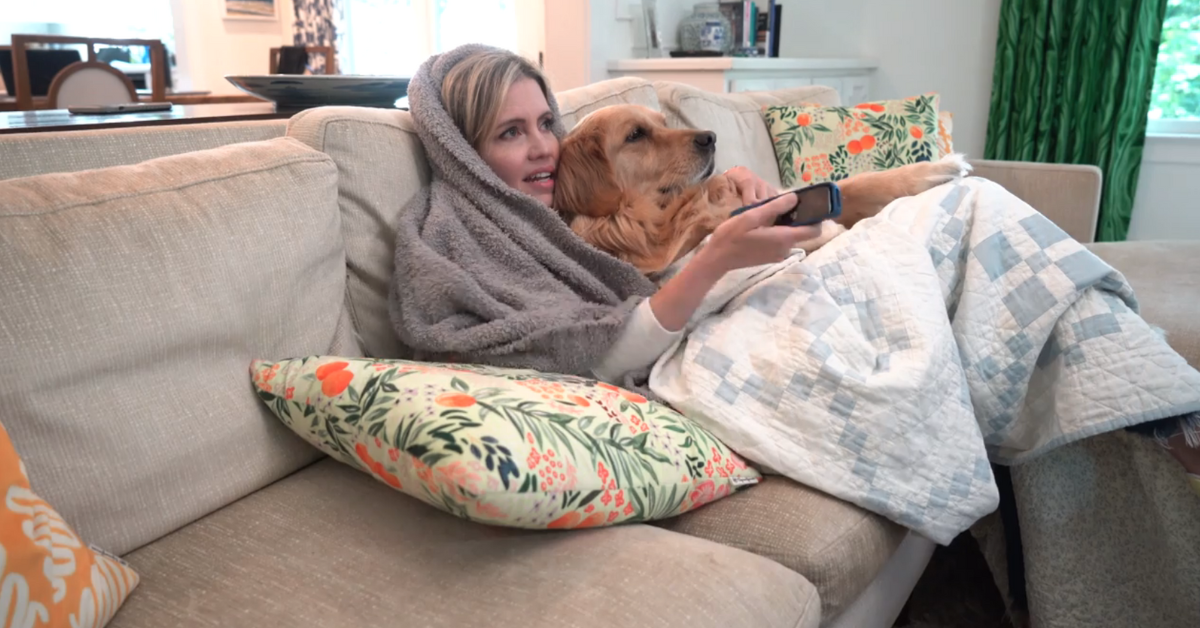 I’m fascinated by people who identify as “adrenaline junkies.” These people seek out activities that make their heart race, like bungee jumping off incredible heights. I’ve done it and I can confirm: It was terrible. Never again.

What makes my heart race? Cozy sweatpants, a soft blanket, my dog cuddled next to me on the couch and a TV show I’ve already seen 47 times. While some crave extreme sports, I crave extreme comfort.

I get that it’s weird that The Amazing Race is one of our longtime favorites. When we were on season 33, so many of you wrote and commented about how stressful it was watching. Can I admit something? I’ve made it a habit to watch the shows (not our season obvi) at least a day after initial airing. I know, I know. It’s like cheating, but I like to know all the spoilers before I watch.

I’ve been told it’s a tell of an anxious mind to watch, and re-watch shows. I don’t disagree. I think that’s why I watch every Hallmark Christmas movie they create. I love a formula and knowing exactly how it will end in that cozy New England town.

When I really need to unwind and allow my mind to rest, my favorite thing to do is put on my lazy pants and turn on one of these 10 shows.

If I am really in the mood for a movie over a TV show, my #1 comfort movie go to is…

Spy with Melissa McCarthy (Disney+). It’s not your typical comfort comedy, but I love anything with Melissa McCarthy.  Spy is more of an action movie, but it’s so ridiculous and not rooted in any sort of reality and McCarthy’s character is so completely loveable. I’m obsessed and I’ve seen it too many times to count.

What’s your favorite comfort TV show (or movie) to watch when you want to unwind?

As a reminder, I’m blogging every day in September as a way to focus on my own mental health. (It sounds so 2006, right?) If you want to stay up to day on these posts or any of our silly videos, click here to subscribe to our newsletter.

Thanks for being here,