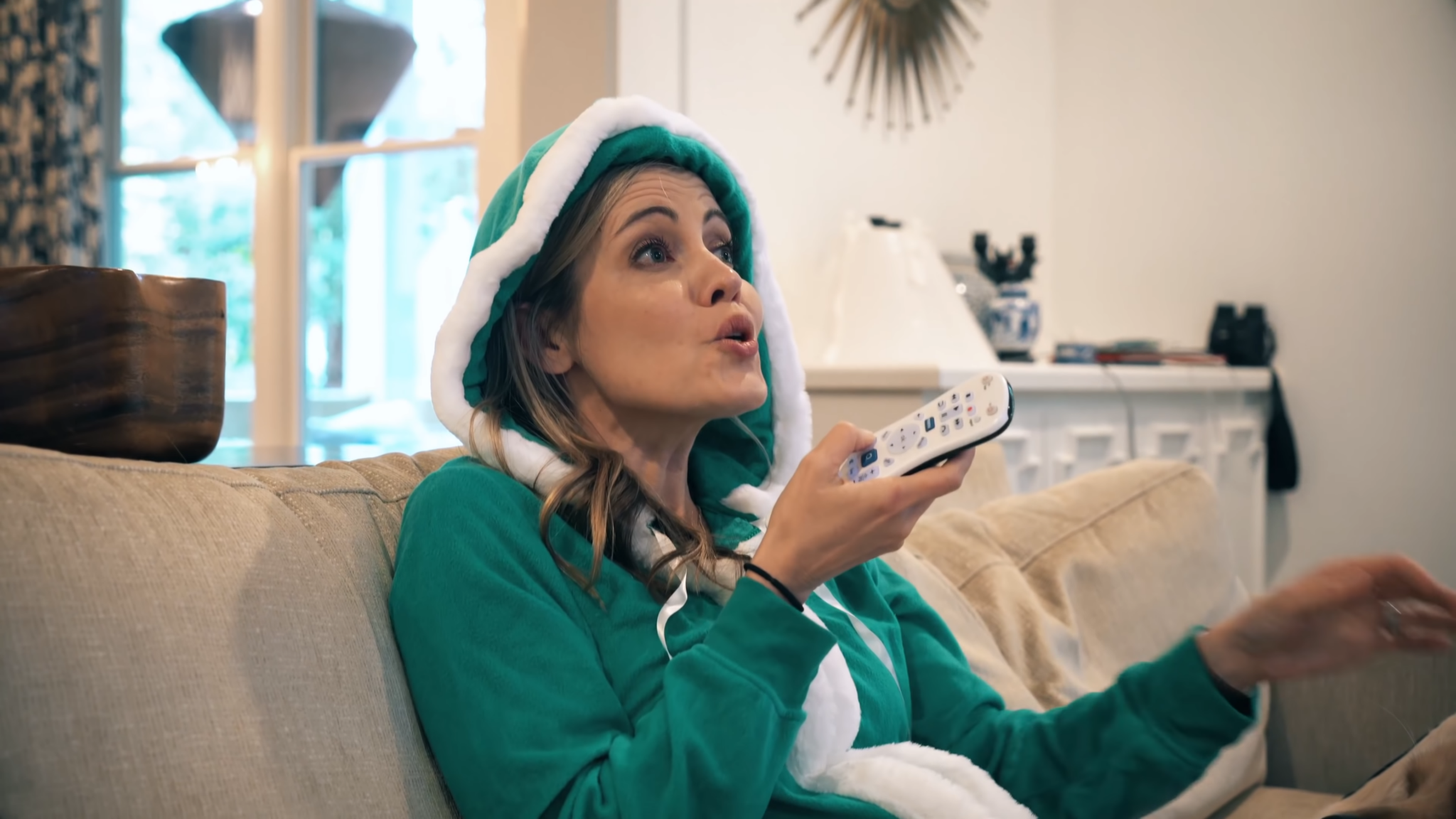 My ideal autumn night is watching a movie while snuggling under a blanket with a cup of cocoa (peppermint schnapps optional, but encouraged). Movies set during this time of year always seem to warm the heart and soul to counteract the dropping temperatures outside. They also always make me want to move to a Victorian home in New England that’s probably haunted, but that’s another story.

A new school year, a new season of football or a new love — autumn movies have it all. At the start of the fall, I always return to these favorites:

Funny story, this is the movie that was on in the background when I went into labor with Lola in our tiny New York City apartment. I can’t believe it took me this long to show it to her, but we just watched this together last week. Meg Ryan and Tom Hanks as the independent bookstore owner versus the big box bad guy are perfection in this film from rom-com queen Nora Ephron. I’ll watch them fall in love wearing scarves in New York City again and again. I’m also still waiting for that bouquet of sharpened pencils from Penn.

Reese Witherspoon’s turn as whip-smart aspiring attorney Elle Woods won us all over and became a feminist classic. (“What, like it’s hard?”) She was so easy to root for as she faced down all of the sleazeballs who underestimated her. And those aerial shots of the foliage at Harvard are postcard-worthy.

Fall = football, right? And when you think of football flicks, this one starring Sean Astin as the underdog who dreams of playing for Notre Dame has to be on your list. Get ready to cheer and cry your way through it. Inspired by a true story, it was actually shot on the university’s campus.

Sandra Bullock and Nicole Kidman are witches. And sisters. Living in an amazing old house on an island. What else do I really need to say here to make you watch this one? Not explicitly a Halloween film, autumn is the perfect time of year to enjoy their spooky, magical quest for love.

It’s all in the title. If you’ve ever been to NYC in the autumn, it’s just sublime. And that’s all Richard Gere and Winona Ryder need to fall in love in this drama. Their first date in Central Park is a 10 out of 10. I can even look past the age difference and somewhat creepy ex-girlfriend connection.

I couldn’t leave this Witherspoon gem off the list. It has everything: small-town drama, a love triangle with Josh Lucas and Patrick Dempsey and some serious fall wedding inspo. It’s also tough to argue with their very simple reason to get married: “So I can kiss you anytime I want.”

A movie you didn’t think was going to be about football but is definitely about football. And family. And dancing. Lots of dancing. This was the first appearance of dynamic duo Jennifer Lawrence and Bradley Cooper as two brokenhearted neighbors overcoming trauma and mental illness to find love.

We all want to move into the Thrombey mansion from this kooky mystery. When the family patriarch dies suddenly and strangely, everyone is a suspect (and Chris Evans dons the most perfect fall sweater ever) while Daniel Craig is brought in to uncover who the real killer is. We re-watch this movie about once a month.

If there’s one filmmaker out there who has the autumnal aesthetic nailed, it has to be  Wes Anderson. His stop motion comedy about a thieving fox (voiced by George Clooney no less) facing off against local farmers is practically dripping in fall colors. And fun. The star-studded cast also includes Meryl Streep, Jason Schwartzman, and Bill Murray.

Is autumn the best season to fall in love? If this romantic drama starring Keanu Reeves and Charlize Theron is any indication, the answer is yes. Their month of love is nothing short of epic in this remake of the 1968 version starring Anthony Newley and Sandy Dennis. Why not watch both?

Which movie do you watch every single autumn? Tell us what flicks get you in the fall mood below.