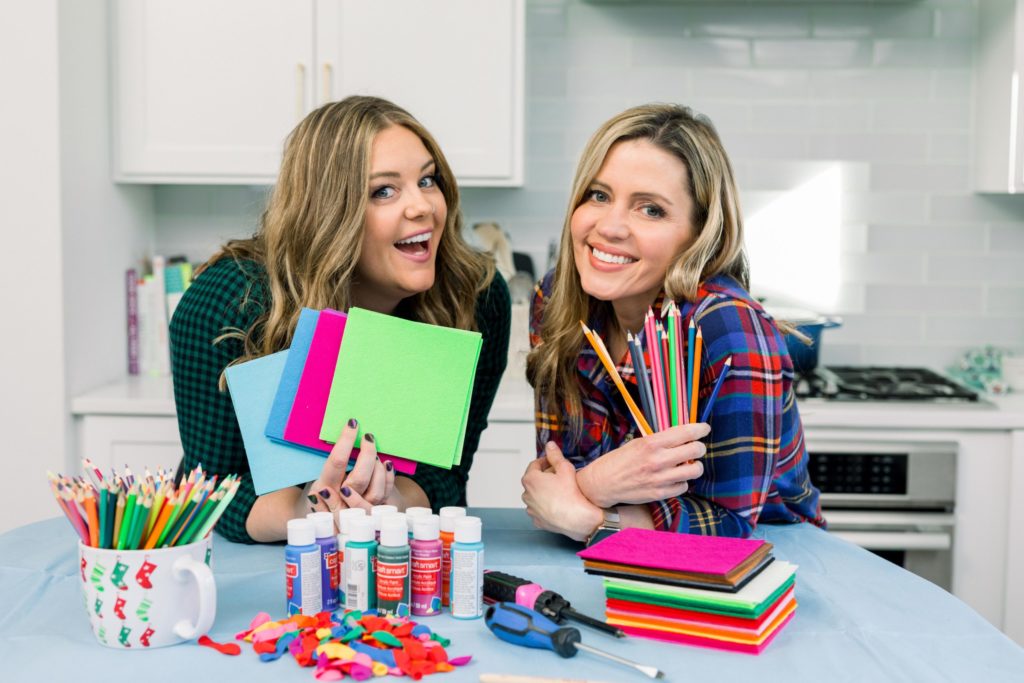 For over two years, our family has been testing crafts from the internet to see what happens when real people try them. We made the decision last summer to step up our game and bring in Monica Mangin. As my D.I.Wife, Monica, provides some adult supervision at making these craft projects successful. It turns out that Penn and I have a gift: We can screw up even the most seemingly simple craft. (Hence this list.)

To celebrate our second season of Craftbusters D.I.Wives, we are bringing you our top 5 best craft FAILS so far. Here’s to this season having more successes than flops!

Monica and I were SO excited about this ornament wreath craft. I even had a nice open spot on the front porch where passersby would be able to marvel at our handy work. It turns out, our “gift of failing” rubbed off on Monica for this one. (Cue the ornaments falling off the pool noodle faster than we could glue them on.) Good thing Penn cheered us on so we didn’t lose our minds. After this aired, viewers shared TONS of successful homemade ornament wreaths, but for some reason we couldn’t get it right.

This project WAS successful, however, it was extremely dangerous. Penn and I tried a series of three summer hacks, with the last one being opening a watermelon with nothing but rubber bands. About 200 rubber bands into the project, we realized that the projectile watermelon could injury us so badly we could go to the hospital. Armed with our “safety glasses” (aka sunglasses) we completed the craft and BARELY got out unscathed. Don’t try this one at home.

This one was a fun project we did with the kids, mostly because Lola wanted to try it. While it was an awesome family bonding experience, we put too much milk in the icing and ended up with a leaning tower of unicorn pieces. By the time we took a photo of the finished product it looked like our unicorn was taking a nap. Big fat fail.

Guys, we were SO BAD at the craft we did an entire video trying to do it right and STILL MESSED IT UP. We don’t know what happened here. Maybe we didn’t let the eggs soak long enough. Maybe we used the wrong ties. Maybe we didn’t use the right vinegar. I mean, it’s us, anything is possible. Enjoy the SECOND round of this craft (you can watch the first one here) where we fail miserably again.

Any craft that makes Penn throw up is probably the worst craft of all time. We had the bright idea to make our own wine in an Instant Pot, which we named the Scurrying Cat (there are wine labels and everything.) Spoiler Alert: It was TERRIBLE. Imagine a hot, watery, ketchup-consistency liquid that smells a bit like meat. Now drink it… and barf.

What craft fails (or successes) have been your favorite on our channel so far? Tell us in the comments and tune in for the next season of Craftbusters D.I.Wives Edition! Follow us here.

Less than a week left to get your holiday gear bef