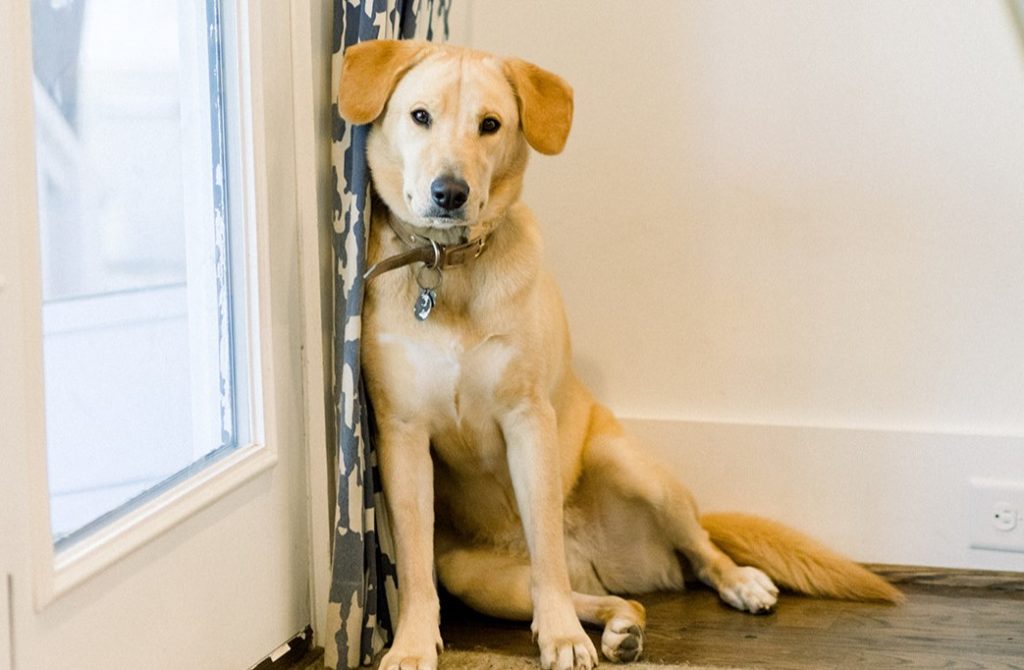 In a video this week, we answered some of the web’s most searched questions about us. Our sweet, well-meaning producer gathered the questions and printed them out and we didn’t know what was coming. There were loads of things the internet wanted to know: do we make money, our ages…and what happened to our dog.

Penn Charles, our son, was filming the video (video below) with us and was caught off-guard. Of course, he became upset. However, he wanted to keep it in the video, and we’re proud that he wanted to talk about it and share his experience with others. We have discussed it, in depth, on our podcast on both our Valentine’s Day episode and our Overcoming Guilt episode. Before you judge us, please have a listen and read our heartfelt words.

We were, and still are, heartbroken.

I’ve tried to write about our Ruby so many times and I’ve never been able to sit at the computer long enough to type without tears. Something about typing the words makes it more permanent than saying it into a microphone.

We adopted Ruby from a local rescue organization when she was around 4 months old. Right away, we started working with a trainer and socializing her. She was the perfect pup. She sat by my side as I worked. If I said, “Go kiss the kids goodnight,” she would run to their rooms and lick their faces. She was goofy, and sweet with us. Anyone else? It became a nightmare.

We work from home and have people in and out all day. When she was about 8 months old, she bit a producer. I rationalized, “Oh, she’s just a puppy.” But it wasn’t a playful nip — it ripped his Jeans. Ruby was still in training, and we were attending “Rowdy Rover” classes, but her behavior continued. She jumped on a babysitter and bit her. It left a bruise. A few months after that, while on a walk, a woman stopped to talk to me. Ruby lunged and bit her pants.

We isolated her. No one came into our house. If we had someone over for work, we sent her to doggie daycare (strangely, if not on a leash, she did great with other dogs). We had her scanned and examined to make sure there wasn’t an underlying medical condition. We tried FOUR trainers, including a dog behaviorist. It all came down to this — Ruby couldn’t be trusted around strangers. In fact, the behaviorist looked at us and said, “You have a dog with a bite history. You have children in your home. This isn’t safe.”

But we refused to give up on her. Instead, we lived in fear. We felt like we were being held hostage by our sweet pup. Bizarrely, we were fine with the arrangement. We loved our dog and this is the way it had to be, we thought.

My 23-year-old niece, who Ruby knew and trusted, walked in one evening. Ruby lunged and bit her. She bit her hard. It left deep bite marks on her hip. We love our Ruby, but the safety of people is more important.

Through tears, we called the rescue organization where we adopted Ruby and they agreed to help us find her a new home. We were devastated. I cried so hard I popped a blood vessel in my eye. The kids were inconsolable. Walking her out of our house and handing her leash over stands as one of the hardest things I’ve ever done in my life. We all cried those first weeks if we found an old toy or even hair in the car. Even now, months later, we went to see Secret Life of Pets 2 in the theater and we had to leave because we all got upset seeing silly, goofy family dogs.

I know in my heart we did absolutely everything we could. Still, I feel overwhelming guilt. We did talk extensively about the entire process in our podcast. I was so surprised to receive hundreds (and hundreds) of messages from families who have endured the same thing. And of course, because it’s 2019, we still got a few messages of hate. The sad thing? For a while, I thought I deserved their rage.

Slowly, the fog has lifted. The kids are asking for another dog. “One day,” I tell them. Right now, my heart is still a little raw. As part of the rescue/rehome process we aren’t allowed to know where Ruby is or how she’s doing. It’s to protect us, I think. So I imagine her on a farm, chasing squirrels, using those aggressive instincts to scare away critters.

So, that’s the story.

We still cry.
We miss her madly.
No matter where she is, she will always be our Ruby.

She’s still waiting for that herd of goats to cr

#TrapperKeeperAd The 90s are back and we’re here